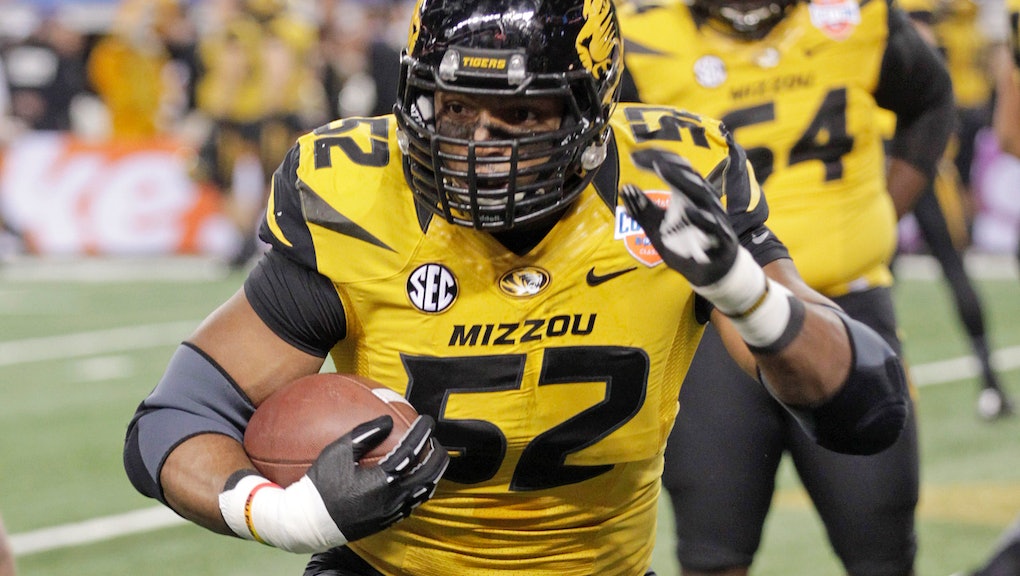 The news: An encouraging number of NFL players have expressed their support for Michael Sam, the University of Missouri defensive end who came out publicly as gay on Sunday. Unfortunately, the players don’t decide who goes pro — team scouts and general managers do.

With the NFL draft looming in May, and a media frenzy tracking every development, that decision will rest on two major factors: Sam’s performance at the draft combine later this month, and the willingness of NFL teams to enter what many consider a high-risk situation.

So far, the news has been discouraging.

Under condition of anonymity, 12 NFL scouts and GMs spoke to Sports Illustrated about how Michael Sam’s revelation might impact his likelihood of being selected. Here’s what they had to say:

“Unfortunately, this is a lot more okay in society than it is in lots of locker rooms. Some locker rooms are still stuck in the ’50s.” – NFL scout

“I don't think football is ready for [an openly gay player] just yet. In the coming decade or two, it's going to be acceptable, but at this point in time it's still a man's-man game. To call somebody a [gay slur] is still so commonplace. It’d chemically imbalance an NFL locker room and meeting room.” – NFL player personnel assistant

“I just know with this going on this is going to drop him down. There’s no question about it. It’s human nature. Do you want to be the team to quote-unquote ‘break that barrier?’” – NFL scout

“There are guys in locker rooms that maturity-wise cannot handle it or deal with the thought of that. There's nothing more sensitive than the heartbeat of the locker room. If you knowingly bring someone in there with that sexual orientation, how are the other guys going to deal with it? It's going to be a big distraction. That's the reality. It shouldn't be, but it will be.” – NFL assistant coach

Thanks for raining on the parade, guys. One GM went so far as to suggest Michael Sam might not get drafted at all: “First of all, we don’t think he’s a very good player,” he said. “The reality is he’s an overrated football player in our estimation… He’s not going to get drafted where he thinks he should.” And as for the larger question: “I am sorry to say where we are at this point in time, I think it’s going to affect most locker rooms. A lot of guys will be uncomfortable. Ten years from now, fine. But today, I think being openly gay is a factor in the locker room.”

Most seem especially concerned with how Sam’s presence would impact locker room chemistry. Aside from the incredible lack of faith this shows in players’ capacity for tolerance, it ignores the other “distractions” they’re regularly subjected to. In the long run, for instance, would Sam being gay prove much more distracting than players regularly hurling racial slurs at each other? Plenty of guys were once “uncomfortable” with the idea of black players joining them in the locker room. And we all know how that turned out.

What’s next? The backlash against Michael Sam’s coming out was inevitable, but hopefully the opinions of these 12 scouts and GMs don’t constitute the majority. And even if they do, it’s still possible that someone “risks” drafting this talented, high-character young man regardless of who he loves.

It takes one team to change the face of pro sports forever. When May comes around, we’ll find out which it is.