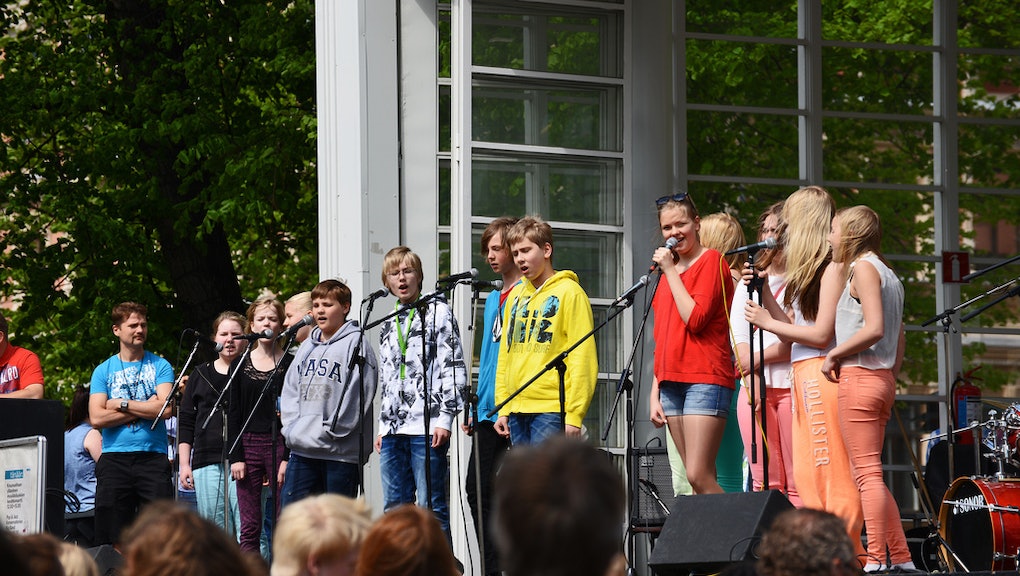 Apples and oranges — that's what it's like to compare the education systems of the U.S. and Finland. Finland's is wildly successful — consistently topping international rankings. The United States' lags behind its European and Asian peers.

The numbers alone make a case against drawing lessons from Finland. In Finland, there are approximately 1.2 million total students (of all levels). That's about the same number of students in New York City's public education system. While Finland is relatively homogeneous, the U.S. is home to a diverse, multi-ethnic population. Finland reaps revenue from its large corporate taxes, cushioning its public education system while the U.S. simply does not.

So, why look to Finland? In short, the country has taken calculated risks. It's got their million dollar question right. On the state level, the U.S. could learn a lot from Finland's unconventional moves.

1. One Classroom for All Levels

In the U.S., students are tracked by intelligence level from an early age. They are placed in classes according to school performance. In Finland, students of all different levels are taught in the same classroom.

Many in the U.S. view wanting to become a teacher as a noble, self-sacrificing act of charity. The wages, hours and working conditions are enough to burn out any eager professor. In Finland, teachers are given the same respect and social status as doctors and lawyers.

Students in Finland have more than double the amount of time for play than students in the U.S.

While a mix of public, private and charter schools map the U.S.'s education system, in Finland, the school system is 100% state-funded.

Finnish schools have more leeway when it comes to adjusting curriculum than U.S. schools. The country's national curriculum serves as only a broad guideline.

While U.S. students at public schools have to take several standardized tests in order to receive funding, Finland only mandates one when the student is 16.

While programs in the U.S. like Teach for America have worked to fill the large holes in teacher spots across the country, many argue that they undercut the education system by giving inexperienced young adults insurmountable challenges.

In Finland, teachers are selected from only the top 10% of graduates. All teachers are required to have a master's degree, which is state-subsidized.

The U.S. has short school days compared to other countries, forcing school administrators to cram classes and quick lunch breaks into a tight schedule. Some education reform advocates argue that schools should lengthen the time a child spends in school. But extending the school day means higher school costs, changes to after-school activities and large adjustments to parents.

In Finland, school days are even shorter than in the states. Teachers spend an average of four hours in the classroom each day.

Elementary school students enjoy 75 minutes of recess each day in Finland, almost three times as much as the average of 27 minutes students get in the U.S.