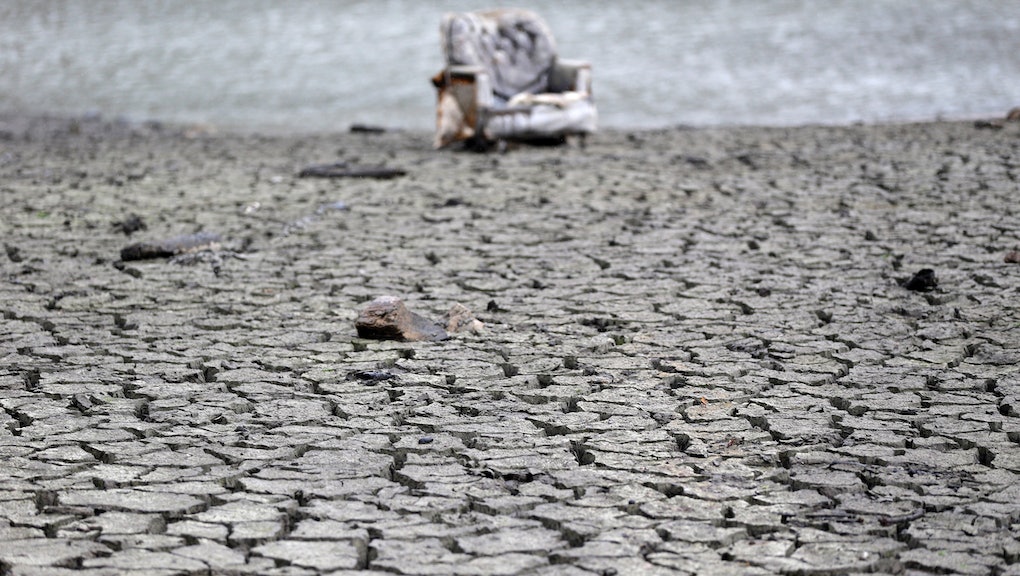 Forget plastic bottles of mineral water, rivers for swimming or water for bathing — many countries are facing water shortages so severe, millions are without running faucets.

From California to China, government leaders are declaring water insecurity a security issue. Conflict has already broken out in several countries and the potential for more violence has reached a boiling point. As people worry when they will next drink, water-dependent power grids are starting to flicker, forest fires are sparking and businesses are closing their operations. Once seen as just an environmental issue, the world's water crisis is a security threat.

The Cantareira water system that supplies water to more than 10 million people in the Sao Paulo metro area is 75% empty. Analysts report the water may run dry in just 45 days. An abnormal high-pressure weather system over southeast Brazil is the main cause. In addition to putting million of citizens at risk, the shortage has prompted many companies to halt or move their production elsewhere.

Lake Urmia, the single largest lake in the Middle East, has dried up. Though the lake is technically protected by the Irania Department of Environment, severe draught has sucked up the massive salt-water body. Ships are rusting in the mud.

President Hassan Rouhani calls the condition a national security issue. He is promising to "bring the water back."

Residents of Bicholim and neighboring towns in west India can no longer get water from their faucets. Low water pressure from earlier this week has put the town in severe shortage.

A scorching drought across much of the western United States has dried up water resevoirs and sparked several wildfires. Whole heards of cattle livestock are starving. Many rural communities could lose access to drinking water within 60 to 120 days.

Infrastructre projects to convert land for agriculture, combined with climate change, have wiped out an unfathomable amount of China's wetlands. Since 2003, the country has lost 340,000 square kilometers of wetlands. That's about the size of the Netherlands. Much of China's electrical power is run by water. Wetland loss could mean "lights out" for the country, the thought of which has global analysts trembling.

Protests in Jordan have already erupted over the country's power cuts — a result of a massive water shortage. Now host to more than 600,000 Syrian refugees, the country is under even more resource pressure. Jordan's Prince Hasan recently warned that the lack of water in his country, as well as in the Middle East, could spark violent conflict.

South Africa's government is scrambling to quench the thirst of its population. Analysts warn that the national shortage could rehash apartheid-era operations, where only certain communities had access to basic resources.

A former president of the South African Institute of Civil Engineering reports that of the appoximate 230 municipalities in South Africa, 79 have no civil engineers or technicians. Only 45 have civil engineers. Water shortage poses major strains on the country's development projects.

Libya constantly ranks as one of the most water-insecure places in the world. Breaking news reveals that the water supply for Benghazi could run dry within 30 days.

Rain and snow shortfalls have prompted the Kosovo government to ration water. The landlocked country is struggling to provide water to its 2 million citizens, and is facing its worst drought in three decades.