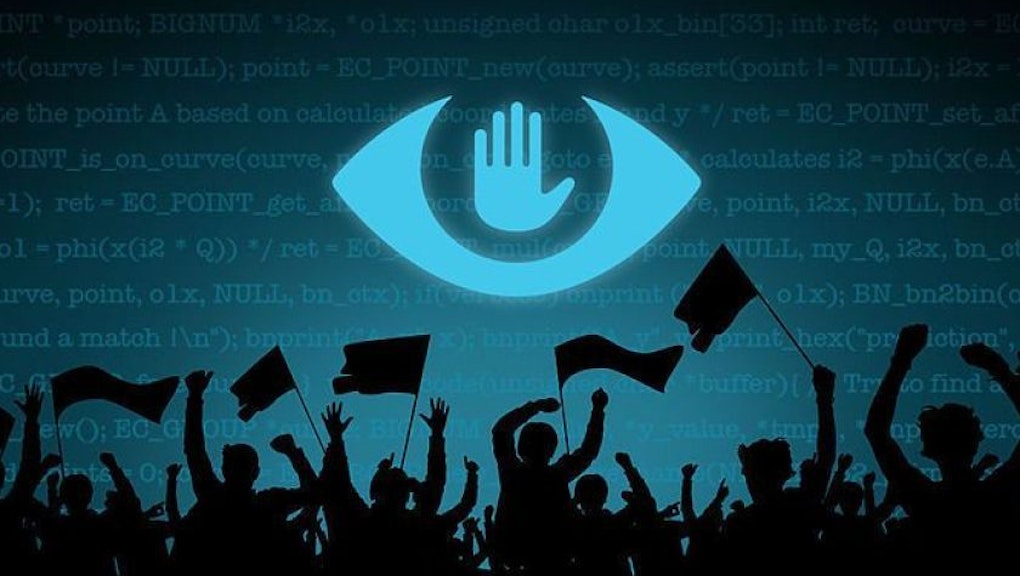 "The Day We Fight Back" Was One Huge Flop. But the Anti-NSA Battle Isn't Dead.

You were supposed to remember Tuesday, February 11.

It was billed as "the Day We Fight Back" against widespread NSA surveillance, and it was supposed to make popular discontent against violations of our civil liberties well-known across the country.

But while other online protests such as the ones against the Stop Online Piracy Act (SOPA) and PROTECT IP Act (PIPA) have worked, this one was a huge flop.

Why? Perhaps it's because most of the major sponsors barely participated.

The New York Times reported that Tumblr and Mozilla, both organizers, barely did anything at all and even failed to comply with the campaign's modest request to put a banner up on their homepages. Reddit added a single banner to its homepage which wasn't even noticed by many users. While civil liberties organizations put up a good old-fashioned stink, AOL, Google, Facebook, Linkedin, Microsoft, Twitter and Yahoo basically paid lip service to stopping mass surveillance with a single, low-traffic website.

There are a couple reasons this one went awry. The protest was poorly publicized and ill-coordinated. Where previous protests had a single objective (defeat legislation) and clear methods by which to do so (black out websites), the Day We Fight Back urged participants to back one piece of legislation (the bipartisan USA Freedom Act) and oppose another (Sen. Dianne Feinstein's FISA Improvements Act, which would legalize surveillance). Another is that sharing memes is nowhere as effective as eliminating access to high-profile internet services altogether for an entire day. Because a majority of Americans either aren't concerned by or support NSA surveillance, participants might have been preaching to the choir. Finally, protesting NSA surveillance via social media is a questionable strategy.

The most likely reason behind the Day We Fight Back's collective thud is pretty damning. The defeat of SOPA and PIPA two years ago might have been thanks to massive tech corporations' desire to shut down laws that could damage their business model rather than individual citizens protesting online. Without their support, maybe, nothing gets done. When it comes to the NSA, they're happy to talk the talk, but not to walk the walk.

But the anti-surveillance movement isn't dead. Some 70,000 calls to reps were made, as well as 150,000 emails. And with the launch of Glenn Greenwald's new site, the Intercept, we can expect many more Snowden-style revelations to hit us in the future.

But David Segal, executive director of Demand Progress and one of the organizers of the movement, says that this protest was very much a success. As he explains:

"100,000 or so calls to Congress, on a single issue, in just over 24 hours, is the sort of mark that's met perhaps a handful of times a year, if that. On Tuesday we sought to make a dent, while laying a foundation for escalation. In those respects it was a tremendous success, and met every goal we'd set for it. We demonstrated that civil society organizations, hundreds of thousands of activists, and major corporations are willing to bring coordinated pressure to bear on lawmakers. We will persist, we will escalate, and we will win.

"If we are to compare the NSA fight to the 18 month effort to beat back SOPA and its predecessor bills, then The Day We Fight Back was, and was intended to be, analogous to one of the several major pushes that consolidated forces on our side, drove in hundreds of thousands of contacts to Congress, and made it possible to get to something like the Jan 18th 2012 blackout. Such as what we did on American Censorship Day, for instance: AmericanCensorship.org."

Correction: This article originally identified DuckDuckGo as a sponsor which failed to promote the protest on their web site based on an incorrect source. We have since removed the reference to their company.