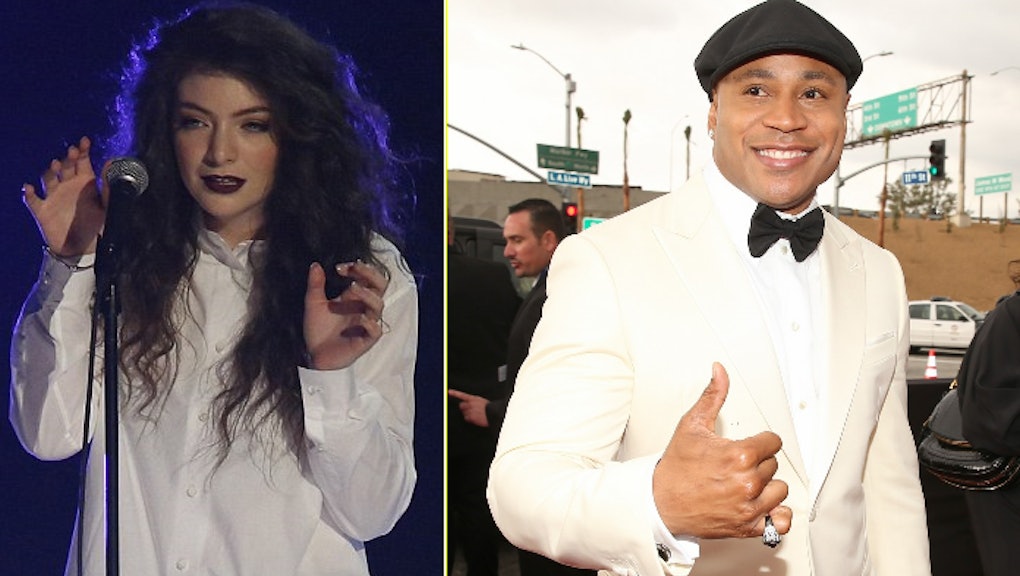 'Old Black People that Look Younger than Lorde' is Happening

It would be nice if winning a Grammy at 17 was enough to counteract Internet trolling, but even hyper-talented, good-hearted young people who love music aren't safe. There was a recent bout of Lorde age-truthing that culminated absurdly in the emergence of Ella Maria Lani Yelich-Oconnor's birth certificate. Now this cruel criticism of Lorde has found a new and ridiculously offensive home on a Tumblr page called "Old Black People that Look Younger than Lorde."

The Tumblr is registered at blkdontcrack.tumblr.com, a reference to the stereotype that black people age well. It claims to "provide scientific proof that we, black people, have in fact found the fountain of youth." While it is unacceptable for a single author to speak on behalf of an entire race (especially when espousing a stereotype), that's not even the full extent of the problem. This is both racist and an entirely unnecessary attack on a young person who has done nothing to merit it.

Lorde is the third-youngest Grammy winner ever. She's clearly a good-hearted person with a serious musical dedication. To reduce her accomplishments to quibbles about her age is sad enough, but to make a racist critique of her physical appearance is absolutely unacceptable. We've seen what happens to young stars like Justin Bieber who are over-exposed, and we've seen how special Lorde is. Racism is never justified and Lorde shouldn't be subjected to such meaningless physical mockery.