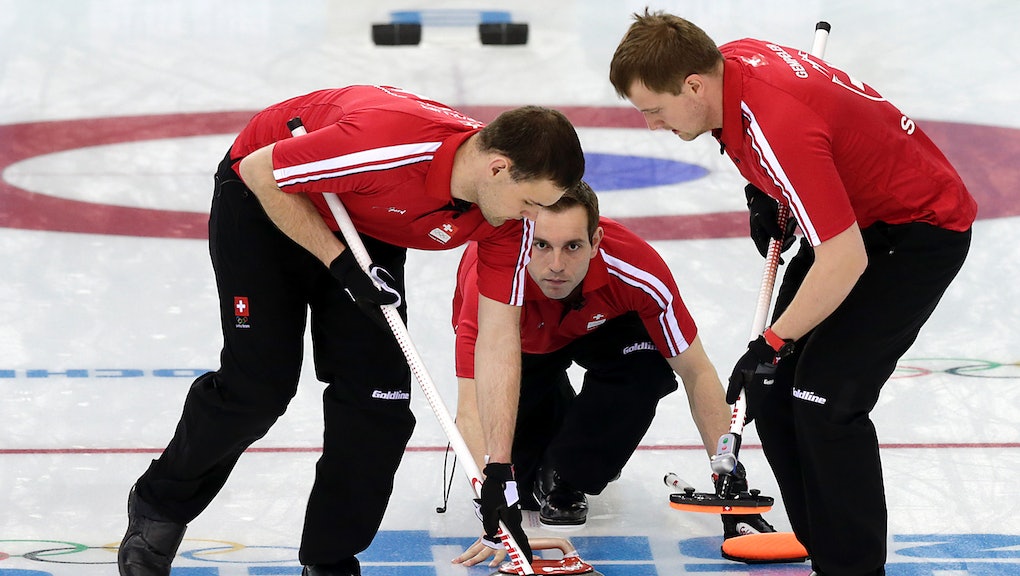 How to Play Curling, in One 45 Second Video

Most of the sports in this year's Winter Olympic games are fairly straightforward and easy enough to follow. Of course, some have complex scoring system, but most of the events can be enjoyed by the average fan ... most.

Although it's one of the most popular sports in Canada, curling is a sport that's relatively unknown in rest of the world. Think of curling as shuffleboard on ice with brooms. Two teams of four face off over eight to 10 rounds trying to get their stones (large granite discs) closer to a target than their opponents. Players from either team alternate taking shots — or delivering the stone — and the teammates will sweep the ice in front of the stone to make it go further and straighter to help the stone reach its intended target. And besides trying to nestle your team's stones close to the target, players will also try to knock their opponent's stones away to get more of your stones closer. The more of your stones closest to the center of the target, the more points you get.

Sounds confusing? It kind of is, but here's a nifty 45-second video to help you get the idea:

So that's the basic idea, and should be enough to help your follow the events during the Olympics. But if you're still having a hard time knowing whether a team is doing well and what a good "delivery" looks like, maybe a short highlight reel will help.

And if that's still note clear enough, let Michael Scott explain it for you: