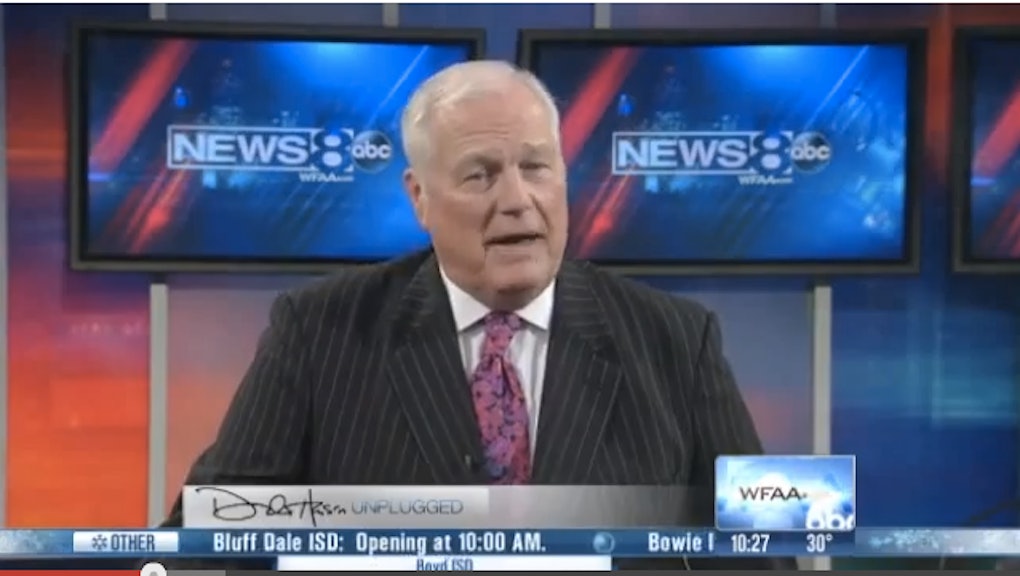 This news clip will go down in history, not only as the first time a sportscaster quoted feminist activist Audre Lorde on live television (gasp!) but also because it was friggin' ahhh-mazing.

Annoyed by the controversy following Michael Sam's coming out and the disparaging comments coming out of the mouths of NFL executives, Dale Hansen, a host on Dallas-Fort Worth ABC affiliate WFAA, took it upon himself to point out the inherent paradox of this entire homophobic debacle. Watch him perfectly sum up what's wrong with the NFL being uncomfortable with homosexuality while simultaneously tolerating a host of other questionable behaviors from other men in the league like, I don't know, sexual assault.

Do all sportscaster secretly read and recite Audre Lorde?! I'm going to go right ahead and assume that they do.