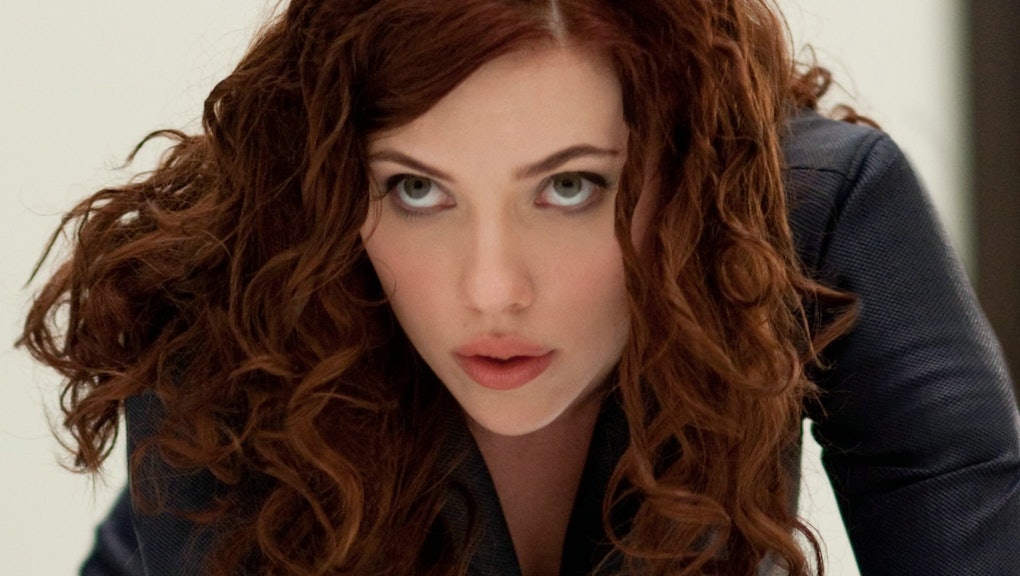 The news: Do you smell that? That’s the smell of progress, ladies and gentlemen.

Ken Feige, the president of production at Marvel Comics, recently confirmed that their film division is actively developing a solo movie for Scarlett Johansson’s Avengers character Natasha Romanoff, a.k.a. Black Widow. Romanoff has also appeared in the Iron Man and Captain America films: “We learn more about her past and learn more about where she came from and how she became in [the upcoming Avengers] film,” Feige told Total Film magazine. “The notion of exploring that even further in her own film would be great, and we have some development work with that.”

This is exciting news, particularly for anyone dissatisfied with the lack of female-led superhero films. But with no formal announcement or hint of a release date, fans are left to languor until more developments are forthcoming.

But would a female superhero do well at the box office? According to the "conventional wisdom" of major studios, the answer is "no." However, notions of how such films perform are based on responses to movies like Catwoman and Elektra. The problem with that? Those were terrible movies.

Recent developments tell a different story altogether. The enormous success of the Hunger Games films, especially the second installment, Catching Fire, suggest both the incredible marketability of female stars like Jennifer Lawrence and the viability of female-driven action films. Fire pulled in a whopping $860 million at the global box office and $420 million domestically, making it the biggest hit of 2013. Equally encouraging was its audience breakdown: 59% female, 41% male.

This trend is not limited to the action genres. The success of moves like Bridesmaids and The Heat are forcing production companies to reconsider their approach to female-driven comedy as well. While many major studios remain tied to the flawed concept that men won’t see movies starring women, smaller companies are adapting: for instance, Gary Sanchez Productions, Will Ferrell’s production company, recently announced the establishment of a female-driven division headed by Emmy-nominated producer Jessica Elbaum. "When Jessica came to us with this idea, we thought it was fantastic," said Ferrell and his production partner, Adam McKay. "She has worked with some of the great female voices in comedy and has proven herself as a gifted producer who has a keen eye for material."

Considering these developments, it’s only logical that Marvel would follow suit and move forward with a Black Widow movie. Film history is littered with female action stars, who’ve performed well at the box office and gained the adulation of male and female viewers alike. Foxy Brown, Ellen Ripley in the Alien saga, and The Bride in the Kill Bill films are all sterling examples. The sooner Hollywood breaks away from its outmoded way of thinking in this area, the sooner it will reap the benefits.

What else can we look forward to? Wonder Woman will appear prominently in the upcoming Batman vs. Superman film, which, combined with the Black Widow movie, will hopefully spur the development of more female hero projects. Even then, plenty of battles remain: regardless of genre, female stars are still often tied to painfully unrealistic body and beauty standards. One would hope that empowerment onscreen eventually fuels off-screen progress as well.