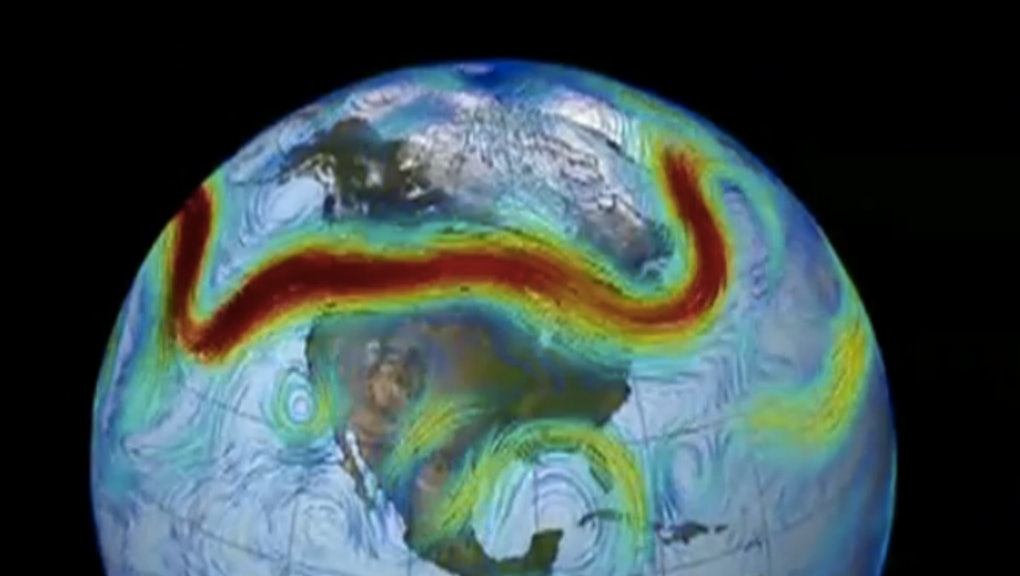 This is What is Likely Causing Extreme Weather Across the Globe

As the Northeast braces for yet another wave of winter snowfalls, new research by climate scientists suggest that the unusual weather this year is tied to global climate change and warming in the Arctic.

Temperatures in the Arctic have been rising at two to three times the rate of the rest of the globe, causing the jet stream (a high-speed air current in the atmosphere that delivers the weather) to take a longer, convoluted path across the globe. The jet stream is partially driven by the temperature differential between the Arctic and mid-latitudes. When the differential is large, the jet stream speeds up, pushing weather conditions quickly across continents. But when it is low — such as when the Arctic is warmer — it slows down, letting weather conditions lag across geographic areas. It also causes cold weather farther south and warm weather farther north, explaining "exceptionally warm winter conditions this winter" in Alaska and Scandinavia.

NPR writes that the jet stream theory could explain "persistently severe winter weather this year in the U.S. and Britain, as well as California's long drought."

The temperature difference between the Arctic and lower latitudes is one of the main sources of fuel for the jet stream; it's what drives the winds. And because the Arctic is warming so fast, that temperature difference is getting smaller, and so the fuel for the jet stream is getting weaker," says Rutgers University researcher Jennifer Francis. "When it gets into this pattern, those big waves tend to stay in the same place for some time. The pattern we've seen in December and January has been one of these very wavy patterns."

Scientists say it is premature to draw definitive conclusions from the data, but say it's indicative of a larger pattern that onlookers should find very alarming.

"The Arctic has been warming rapidly only for the past 15 years," Francis said. "Our data to look at this effect is very short and so it is hard to get a very clear signal. But as we have more data I do think we will start to see the influence of climate change."

Discover writer Tom Yulsman writes that while it's difficult for scientists to directly link seasonal weather patterns to climate change, the models fall in line with previous predictions and form a compelling pattern:

"When you've just developed a sore throat, and then you sneeze, you don’t need to spend that much time wondering whether that particular sneeze is the result of the cold coming on, or perhaps a momentary allergic reaction to the cat that has just walked in the room. You're getting a cold, and you know that means you’re going to be sneezing a whole lot more in coming days."