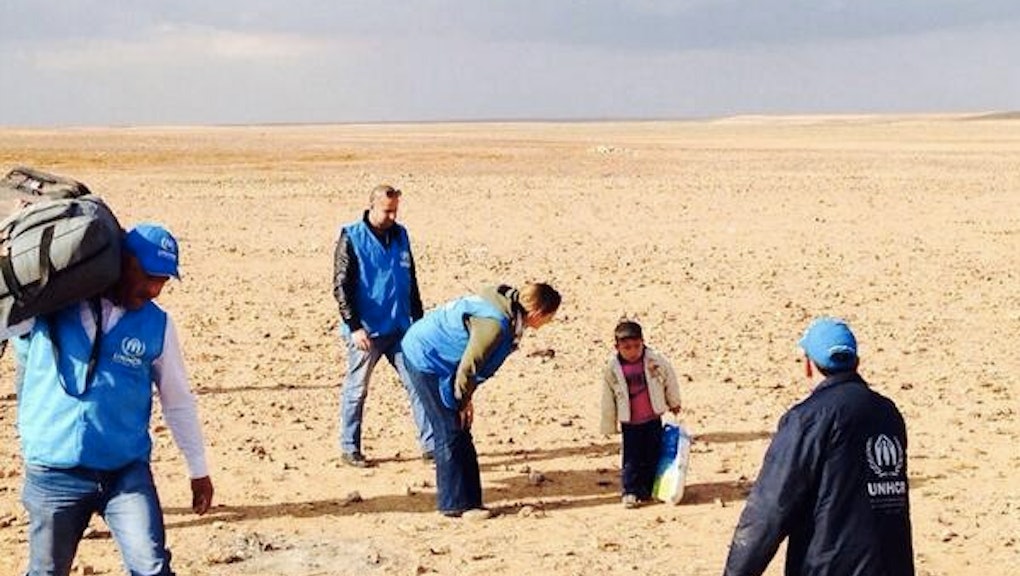 CNN International reporter and anchor Hala Gorani came across what might be one of the most heart-breaking images to emerge from Syria yet: a 4-year-old boy named Marwan crossing the Jordanian desert alone after being separated from his parents while fleeing the country.

Unlike that photo of a young child supposedly sleeping by his parents' graves, this one is real. United Nations staff recovered him lost and alone, with his possessions in a small plastic bag.

Fortunately, this incident has a happy ending for now: Marwan was successfully reuinted with his family by UN staff. But with the refugee crisis in neighboring countries worse than ever, Marwan and his family faces at best an uncertain future in a dangerous region even after escaping the bloodbath in Syria.

According to the UNHCR, approximately 2,488,533 persons have fled the nation and relocated within the region. Roughly 2,440,514 are registered refugees, while 48,019 await registration status. The number of refugees increased dramatically throughout 2013 and shows no signs of slowing down. Meanwhile, the death and destruction continues despite progress towards a resolution of the conflict between the government and rebel forces.

Update: Adding context, here is the group Marwan was traveling with.