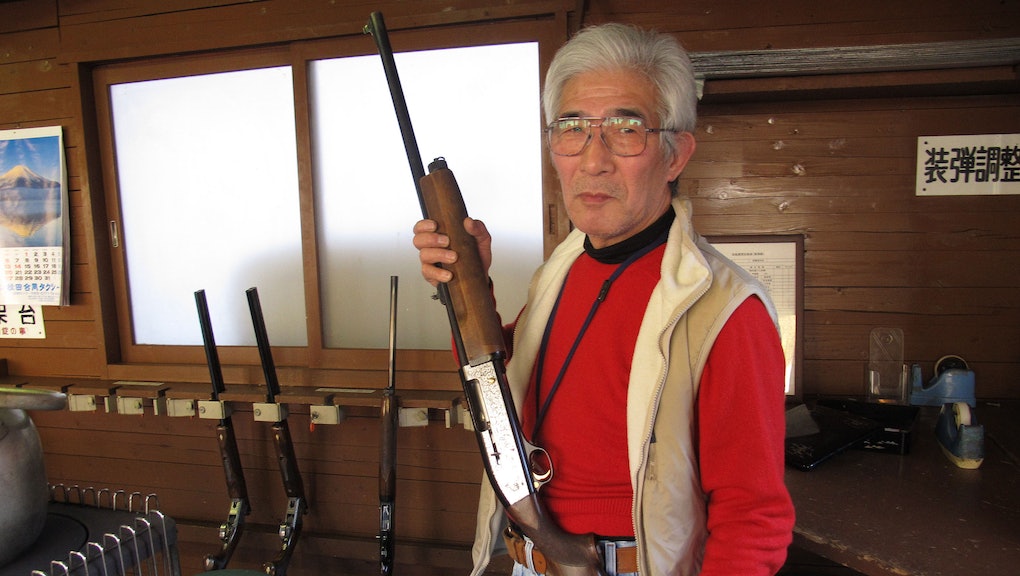 Japan Has Eliminated Gun Deaths by Doing What the U.S. Won't

Almost zero — that's the number of gun homicides per year in Japan. Given the mounds of red-tape a person must hack through to own a gun, owning a firearm in the country is almost unheard of.

Compiled data shows Japan as the third lowest in terms of gun-related deaths per 100,000 people.

Given the staunch consequences, even the country's mafia-like Yakuza gang usually forgoes guns — the few exceptions tend to make national headlines. Today, Japan is making headlines for its continued success in keeping the rate of gun homicides amazingly low.

Compare this to the U.S., home to over 11,078 gun homicides per year. Gun ownership even in predominately blue states is rampant. A few hours north of New York City, you can walk into a Walmart to pick up some beer, pizza and a gun.

As right-wing gun activists cling to the Second Amendment, school shootings continue. Since the Newtown school massacre, there have been more than 44 school shootings. While gun owners argue that arming school teachers will decrease deaths by school shootings, the majority of research rejects it. Guns don't kill people, people do. But guns make it much easier. So easy, in fact, a child could do it.

If I am a person with a gun who supposedly gets into an argument over loud music, tea or a hoodie, or if someone provokes my fear or anger, I will be more likely to use it. Many crimes and tragedies have happened this way.

Japan is the latest country supporting this logic: Reduce access to guns and you will reduce the number of deaths. While countries with high-rates of gun ownership don't necessarily have the highest level of gun deaths, supporting a culture where guns are looked down upon and not celebrated might just have an impact on this global health problem. Enforcing laws to reduce access to guns is a critical part of the solution.