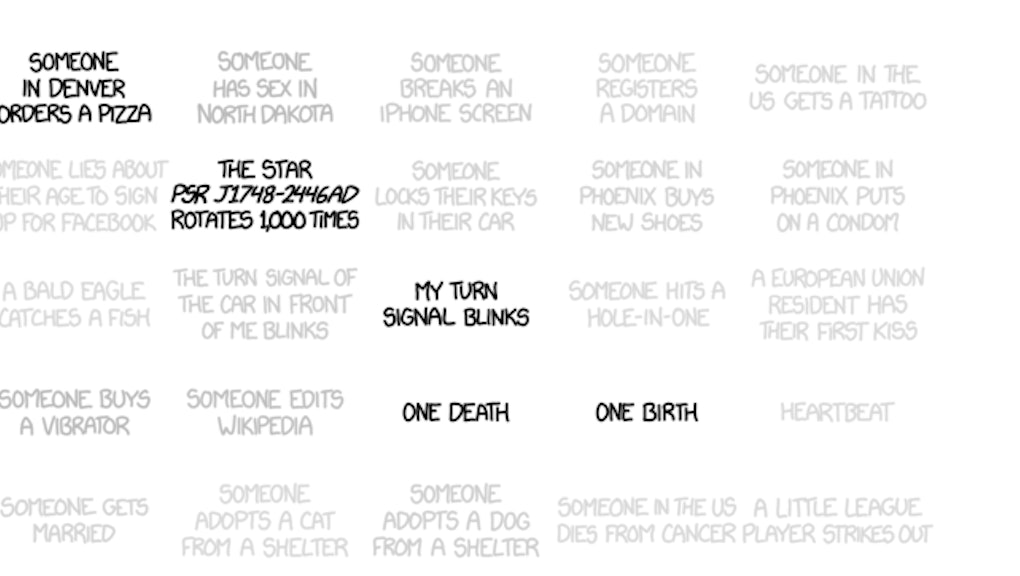 From XKCD comes this haunting infographic displaying the frequency of various different events — from births and deaths, to how often someone edits Wikipedia, to when a Phoenix resident puts on a condom.

Each item is keyed to blink along with the frequency of which they occur in the real world. Some of the juxtapositions are biting or insightful, while others are plain silly or meaningless — compare, say, the rapid birth rate with the comparatively slow death rate and ponder the future of overpopulation. (In the U.S., it's approximately one person born every eight seconds compared to one dying every 12.) But others, like the rate at which someone in Denver orders a pizza, are of, shall we say, limited utility.

Here are some other interesting comparisons, such as these GIFs comparing the rate at which we produce and recycle plastic bottles:

Or this one, noting how often various types of earthquakes strike (it's much more often than you think):

According to io9, creator Randall Munroe originally wanted to include the famous pitch drop experiment, but was unable to create a GIF occuring over an order of decades.

Check out the full version at XKCD here.