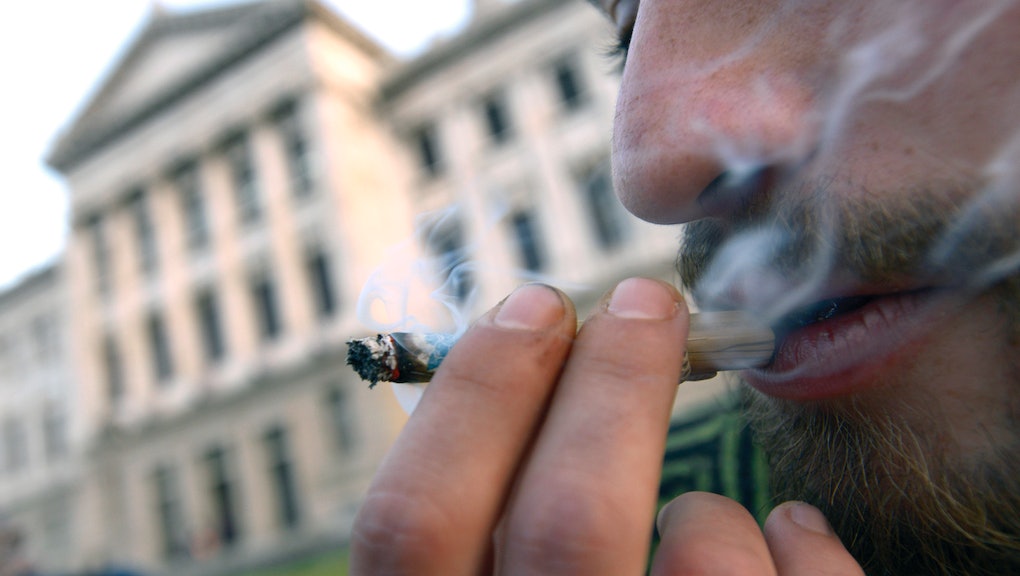 From the start, marijuana sales have been very strong, and according to a budget proposal released Wednesday by Colorado Gov. John Hickenlooper, the first official estimate of tax revenue from marijuana sales of $98 million is far exceeding the initially estimated $70 million figure given to voters when they approved the legalization and taxation of pot last year. This $98 million number includes the sale of both recreational marijuana, which is taxed statewide at 12.9%, and medical marijuana, which only has a 2.9% tax.

Based on this $98 million estimate, Hickenlooper has proposed a budget that would spend roughly $99 million in the next fiscal year on a variety of programs related to marijuana and substance programs. About $45.5 million would be spent on youth use prevention, $40.4 million on substance abuse treatment, $12.4 million on public health, $5.8 million on a three-year "statewide media campaign on marijuana use" to highlight the drug's health risks, $1.9 million on a new "Drive High, Get a DUI" campaign for state drivers and about $7 million for an additional 105 beds in substance abuse treatment centers. So far, the plan does not include the additional 15% pot excise tax, of which at least $40 million a year is already designated for school construction.

"This package represents a strong yet cautious first step" for regulating pot, the governor wrote in his proposal.

Besides underestimating the popularity legalized marijuana would have around the state, early predictions didn't account for how many retail pot shops would open around Colorado (163 as of Feb. 18) and how much customers would be willing to pay, which, because of no standardized prices, is much higher that the $202 an ounce price forecasters has predicted last year.

These strong figures are likely a welcome indication from other states considering the legalization and taxation of recreational marijuana.

And while Washington's retail sales don't begin for a few months, based on Colorado's success, it's certainly possible that the estimated $190 million over four years could be too low.

"Voters and state lawmakers around the country are watching how this system unfolds in Colorado, and the prospect of generating significant revenue while eliminating the underground marijuana market is increasingly appealing," said Mason Tvert, a legalization activist who ran Colorado's 2012 campaign and now works for the Marijuana Policy Project.

However, despite these strong numbers and certain government directives, Colorado banks have still been hesitant to treat marijuana business as normal customers and refinance loans or offer new loans to landowners with preexisting leases with pot businesses. And according to AP, Wells Fargo and Vetra Bank have told some commercial clients to either evict marijuana business or seek banking needs elsewhere.