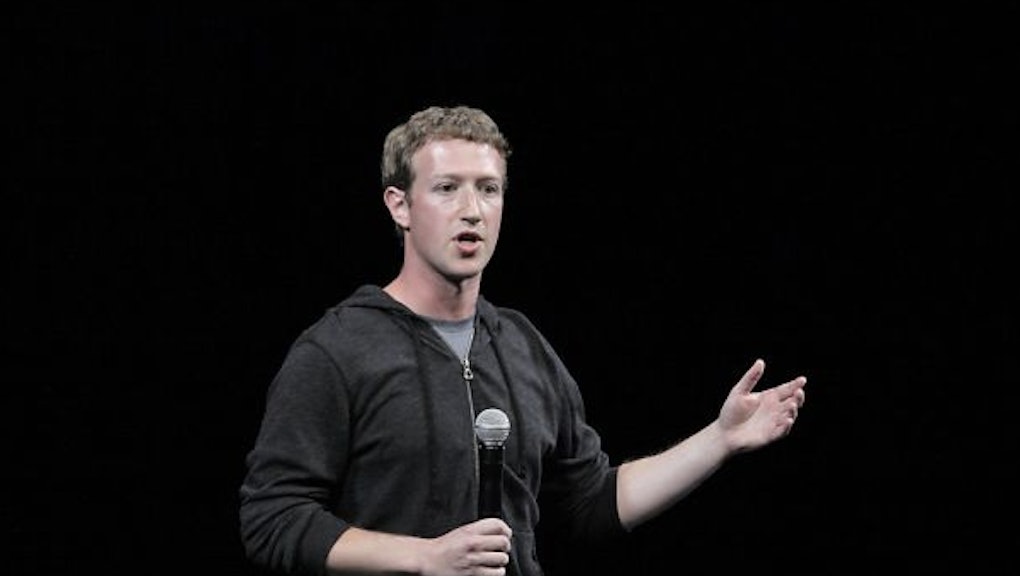 Something Amazing Would Happen to America if We Passed Immigration Reform

The tech industry is leading the charge for immigration reform to make it easier for immigrants, particularly those with STEM skills, to work in the U.S. (and hopefully start businesses here too).

Last April, Mark Zuckerburg launched an immigration reform campaign that received criticism early on for ads that displayed a discriminatory interest in tech-skilled immigrants and hence disregarded the plight of other undocumented immigrants. In August, Zuckerberg also called for a more comprehensive, less discriminatory reform, saying, "These are issues that don’t just touch our part of the industry, but really touch the whole country [...] and touch what is right for us to do as a people."

Bill Gates, a proponent of comprehensive immigration reform, told CNN Money that the U.S. is hurting its own economic competitiveness with discouraging immigration policies. "If someone is being offered a job here for over $100,000, and there's other jobs being created around that job, you don't discourage that company from [pursuing that opportunity]."

What should America do?

What has Congress divided:

Even though more than 40% of students in Master's and Ph.D programs in America are foreign-born, it's very difficult for them to invest their talents in U.S.-based businesses and startups. A large number of immigrant students educated at American universities are forced to leave because they can't get H-B1 visas or green cards after their six-year student visas expire. Many U.S. businesses, especially those without enormous amounts of resources, find it difficult, expensive and time consuming to recruit qualified STEM-educated employees and obtain visas for them to legally work in the U.S. Those who do have work-specific visas are discouraged from starting their own companies because they will no longer be able to legally live in the U.S.

The U.S. Citizenship and Immigration Services office allows for a cap of 85,000 H-1B visas to be issued each year, 20,000 are specifically available for immigrants with masters or PhD degrees from the U.S. In April 2013, the H-1B cap was met in less than seven days. More than 120,000 applications were submitted in the first day, requiring the USCIS to hold a lottery to randomly select the petitions. This number does not account for the approximate 11 million undocumented immigrants living in the U.S. who live here "illegally" and do not apply for a slim-to-none chance at a visa.

The truth: Immigration reform can keep talent and jobs in the U.S.

Some claim that bringing in more highly-skilled immigrants will take coveted tech jobs from U.S. citizens. However, a Georgetown University study funded by the Bill and Melinda Gates Foundation reveals that there is actually a shortage of STEM graduates in U.S. tech firms that could reach over 200,000 in number by 2018.  Without foreign-born STEM-educated employees, firms may look to relocating outside of the U.S. entirely.

Furthermore, foreign-born entrepreneurs are vital for job growth in America.

The Minority Business Development Agency reported that foreign-born entrepreneurs have higher business ownership and startup rates than American-born entrepreneurs and 10% of immigrant workers own a business. According to a study by the Kaufman Foundation, 25% of tech-based companies founded from 1995 to 2005 had a foreign-born founder, head or manager bringing in $52 billion in revenue and employing almost half a million people.

One part of the immigration bill that was proposed in 2013 included making 75,000 more H-B1 and F-1 visas available. Startup Visas could create up to roughly 1 million jobs and $140 billion in additional revenue over the next 10 years.

Specialized visas may be one of the first steps this country needs to take in reforming education, but we still have a long way to go.

Jonathan Zuck, president of the Association for Competitive Technology told Bloomberg News that it's important to make sure that reform also makes us less dependent on a foreign STEM workforce by ensuring that funding goes toward education that could create a more balanced U.S. workforce.

It is also important to remember that legislation allowing for "high-skilled" foreign-born workers and entrepreneurs cannot be justly passed independently, neglecting some of the 11 million undocumented workers in the U.S. that might not qualify for specialized visas. Standford assistant history professor Ana Raquel Minian said she believes that it's unfair to focus H-1B visa expansion on STEM-skilled applicants while disregarding other residents who already have familial ties in the states. She says visa law reform should take other potential factors into account to avoid instituting discriminatory policies.

Though the details of the comprehensive immigration reform bill have Congress divided once again, hopefully a bipartisan effort can be made to pass the legislation needed to give the U.S. a fighting chance at increased entrepreneurial success and economic growth. If not, we may lose the ones left waiting to get in.