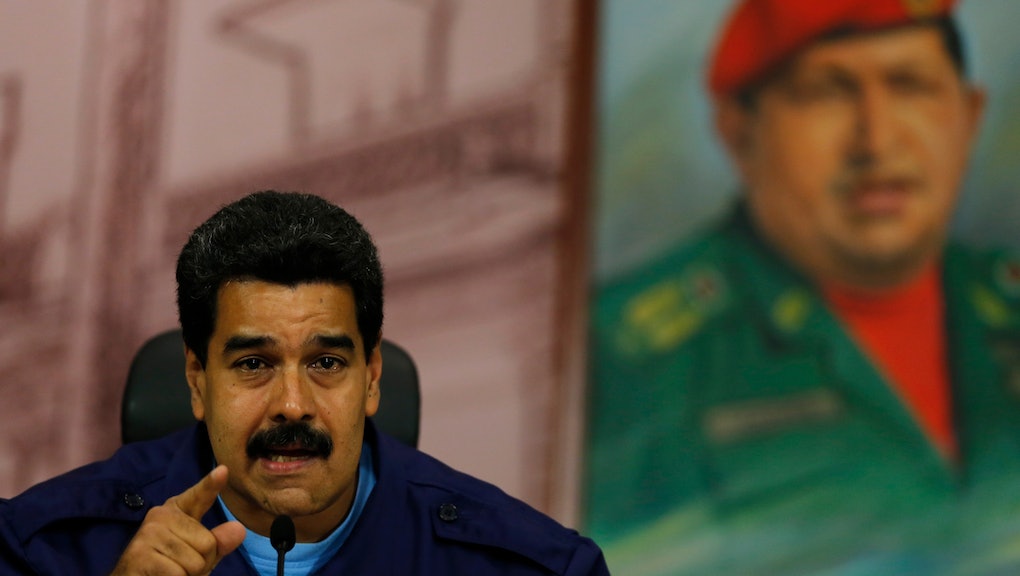 The news: Have you heard about what's happening in Venezuela? Don't worry if you haven't, because that's exactly what the Venezuelan government is trying to do.

Growing unrest has been permeating the country for quite some time, recently coming to a head with various marches and riots in response to the death of several young people during Venezuela's Youth Day marches. However, the nation's government has been going to great lengths to contain as much of the events' media coverage as possible, most recently revoking the accreditations of several CNN reporters who were covering the country's crisis.

Claiming that U.S. conservatives and media organizations are conspiring with the protesters with "hostile coverage" and plotting to overthrow the government, Venezuela's President Nicolas Maduro kicked CNN out of the country and is cracking down on almost every other media outlet he can. The majority of the country's television stations are government-owned and controlled, and they've all been ordered to refrain from any protest coverage.

Instead of allowing the media to cover the story, Maduro has invited U.S. President Barack Obama to join him in talks to resolve any problems between the two countries.

"I call for a dialogue between Venezuela and the United States and its government," Maduro said during a news conference on Friday. "Let's initiate a high-level dialogue and let's put the truth out on the table."

Maduro added that a "difficult and complex" dialogue would be necessary for the American government to accept "the full autonomy and independence of Latin America."

The background: Though Maduro might think he seems like a good politician by inviting Obama for peaceful negotiations, he's not nearly as smart as he thinks. First, it's highly unlikely that Obama would agree to these talks given Venezuela's current state of chaos and what seem to be Maduro's ulterior motives to make himself look good. Furthermore, if Maduro thinks he can just pin Venezuela's problems on another country, he's mistaken. Plus, holding these talks will do nothing to distract from the real calamities happening ever day in Venezuela.

"This is not how democracies behave," U.S. Secretary of State, John Kerry said on Friday. "I call on the Venezuelan government to step back from its efforts to stifle dissent through force and respect basic human rights. The solution to Venezuela's problems can only be found through dialogue with all Venezuelans, engaging in a free exchange of opinions in a climate of mutual respect."

The takeaway: Though Maduro was technically elected democratically, Kerry is correct in saying that Venezuela is certainly not acting like a democracy. The very fact that the government is so aggressively stifling the free press is a major and telling indication that the government has no real interest in running its nation with any legitimate democratic principles. There was already almost no media presence in Venezuela, and by kicking out CNN and cracking down on all the individuals in the country trying to share what is happening through social media, Maduro is just kicking the hornets' nest with these poorly thought out decisions.

What's going to happen in Venezuela next is anyone's guess, but you can almost be sure that things are going to get a lot worse before they get better.