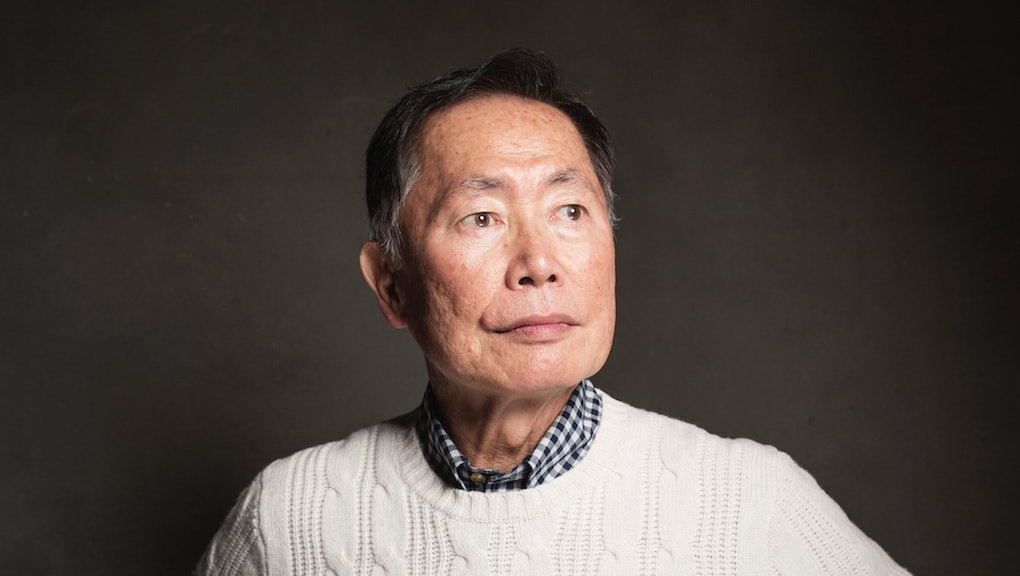 Look what you did Arizona, you've gone and made George Takei angry.

The Star Trek star and witty activist took to social media and his blog last Friday to voice outrage and sadness over the news that the GOP-controlled Arizona State Legislature approved a bill designed to protect the rights of Arizonans to discriminate against the LGBT community.

The bill now heads to the desk of Republican Gov. Jan Brewer for either approval or veto.

In an impassioned open letter to the state, Takei called for a widespread boycott of the state if Brewer signs the bill into law this week. Noting that he and his husband Brad Altman have strong ties to Arizona, Takei pledged to take his dollars elsewhere if the "unprecedented weapon" of SB 1062 is put into effect.

"Congratulations," Takei began, "You are now the first state actually to pass a bill permitting businesses — even those open to the public — to refuse to provide service to LGBT people based on an individual's "sincerely held religious belief." This "turn away the gay" bill enshrines discrimination into the law. Your taxi drivers can refuse to carry us. Your hotels can refuse to house us. And your restaurants can refuse to serve us."

Noting that Kansas thought about — but ultimately declined — to pass a similar law this month, Takei blamed the legislation on a desire to "score political points with the extreme right of the Republican Party."

Railing against what the entertainer referred to as "new segregation" and a "Jim Crow law," Takei excorciated state politicians and Governor Brewer:

The law is breathtaking in its scope. It gives bigotry against us gays and lesbians a powerful and unprecedented weapon. But your mean-spirited representatives and senators know this. They also know that it is going to be struck down eventually by the courts. But they passed it anyway, just to make their hateful opinion of us crystal clear.So let me make mine just as clear. If your Governor Jan Brewer signs this repugnant bill into law, make no mistake. We will not come. We will not spend. And we will urge everyone we know–from large corporations to small families on vacation–to boycott. Because you don't deserve our dollars. Not one red cent...... So if our appeals to equality, fairness, and our basic right to live in a civil society without doors being slammed in our face for being who we are don't move you, I'll bet a big hit to your pocketbook and state coffers will.