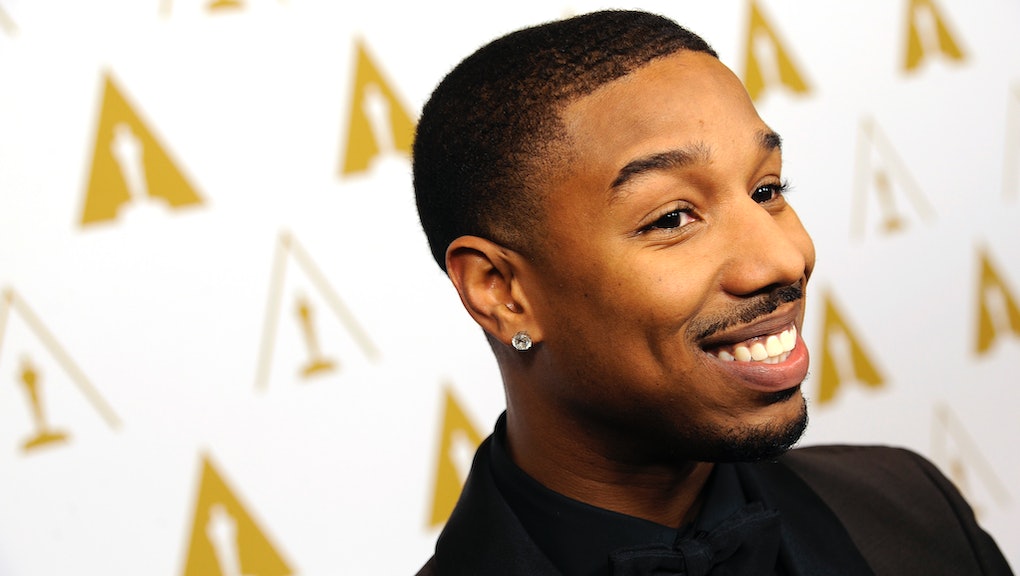 The news: Last week’s announcement that Michael B. Jordan would play Johnny Storm a.k.a. “The Human Torch” in the Fantastic Four reboot has spurred varying responses.

On the one hand are your average Joes and Josephines, who’ve absorbed the news with appropriate levels of approval, acceptance or utter indifference. On the other, we have the obligatory peanut gallery of Twitter instigators who take issue with Jordan’s blackness in a role traditionally represented by whites. This second group is small and obnoxious, but clearly capable of drawing attention (case in point: this article). But what can be said of them that Jordan doesn’t perfectly distill in this candid moment, courtesy of TMZ?

They’ll see it anyway. Critics can go on for hours about why a black Johnny Storm – with a white sister, to boot – shouldn’t be a big deal. And they’d be right. But the fact remains that people upset by this casting are an underwhelming minority, and probably won’t cause a noticeable dent in the film’s profits if they refuse to see it. As Jordan points out, the mini-backlash generated by his casting will stop approximately no one from turning F4 into a box office juggernaut.

The reboot’s greatest challenge will be overcoming the ill will generated by its prior theatrical incarnation, the notoriously awful Fantastic Four (2005) starring Ioan Gruffudd, Jessica Alba, Chris Evans and Michael Chiklis. Plus, non-traditional casting is almost always forgiven if the movie is good (see: The Dark Knight).

A happy ending? Time will tell, but recent research also suggests that casting Jordan might generate additional profits. A comprehensive industry study conducted at UCLA shows that diversity in casting has a positive impact on box office receipts and ratings for film and TV. It’s a lesson Hollywood has been slow to learn. But while the industry takes it sweet time coming around, Michael B. Jordan is laughing his way to the bank.