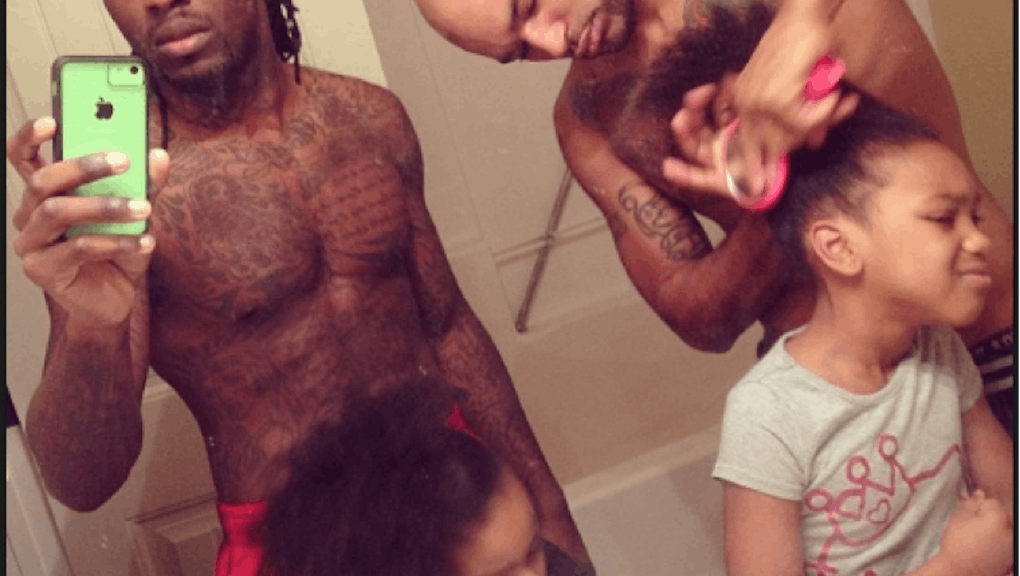 What the Research Really Says About Gay Parents and Kids

To determine the fate of Michigan's constitutional ban on gay marriage, a federal court in Detroit is holding hearings on whether having same-sex parents is harmful to children.

It's a tricky question (for some), but here's the truth.

The Heritage Foundation held meetings to discuss "the need for new studies and research to back up claims that same-sex marriage is actually bad for the family." Because the vast majority of social scientists do not share this view, the foundation fought fact with financing. They gave a grant of $785,000 to anti-LGBT sociologist Dr. Mark Regnerus of the University of Texas, who two years later produced a paper arguing that same-sex marriage was harmful to children. This study, along with others financed by conservative and/or religious think tanks, is the foundation of Michigan's case against the parenting abilities of homosexual couples.

Not surprisingly, most scholars with expertise in this subject strongly disagree with Regnerus' assertions. Andrew J. Cherlin, a sociologist at Johns Hopkins University, has openly discussed how "the overwhelming evidence so far is that there's not much difference between children raised by heterosexual or same-sex parents."

This year, Australian researchers reviewed multiple studies conducted in their country and found that being raised by homosexual parents does not harm children's social development, education or emotional health. The same conclusion was reached in 2010 in a review of virtually every available social scientific study on gay parenting by sociologists Judith Stacey of NYU and Tim Bilbarz of the USC. As Karen L. Fingerman of Purdue University's Child Development & Family Studies explained, "Humans have evolved to be malleable and adjustable, and a variety of models can meet children's social needs adequately."

Indeed, as psychologist Abbie Goldberg of Clark University pointed out, gay parents "tend to be more motivated, more committed than heterosexual parents on average, because they chose to be parents [emphasis added]," while heterosexual parents have an accidental pregnancy rate of nearly 50%. Gay couples are also more likely to adopt at-risk children. A 2007 report by the Williams Institute and the Urban Institute found that 65,000 adopted children and 14,000 foster children were living with same-sex parents. At a time when it is increasingly difficult to find families for the 114,000 foster children who are freed for adoption, it is hard to ignore the implications of studies that find roughly 2 million gay people are interested in adopting.

READ: Black Gay Dads Shock the Internet By Being Normal

Conservatives have a long history of using bad science to support their less-than-savory causes. For instance, although 97% of peer-reviewed climate science papers agree that global warming is man made, these conservatives cite fringe scholars (many of them secretly funded by right-wing "dark money") to dispute the overwhelming consensus. Similarly, while 99% of scientists support evolution, many conservatives find religious and/or politically-motivated pseudoscientists to support the teaching of creationism in science classrooms.

This same approach is now being used to perpetuate anti-LGBT discrimination.

In short, gay rights advocates have science on their side ... but opponents of gay adoption are backed up by a dwindling-but-not-inconsequential amount of popular prejudice (36% of Americans opposed gay adoption as of 2012, compared to 44% in 2009). Because some conservatives have made it a political habit to ignore evidence that contradicts their ideology, it is unlikely that they will be swayed by any quantity of well-supported research. The habit, it seems, is to instead denounce the messengers, accusing them of the dreaded "liberal bias."

As such, the best hope for the LGBT movement is that science will prevail over prejudice, not only in the federal courthouse in Detroit, but also in the larger courtroom of public opinion. After all, one of America's founding ideals was the predominance of truth over all other considerations. As John Adams so aptly put it:

"Facts are stubborn things; and whatever may be our wishes, our inclinations, or the dictates of our passions, they cannot alter the state of facts and evidence."

May the Michigan ban on gay marriage go down in flames.