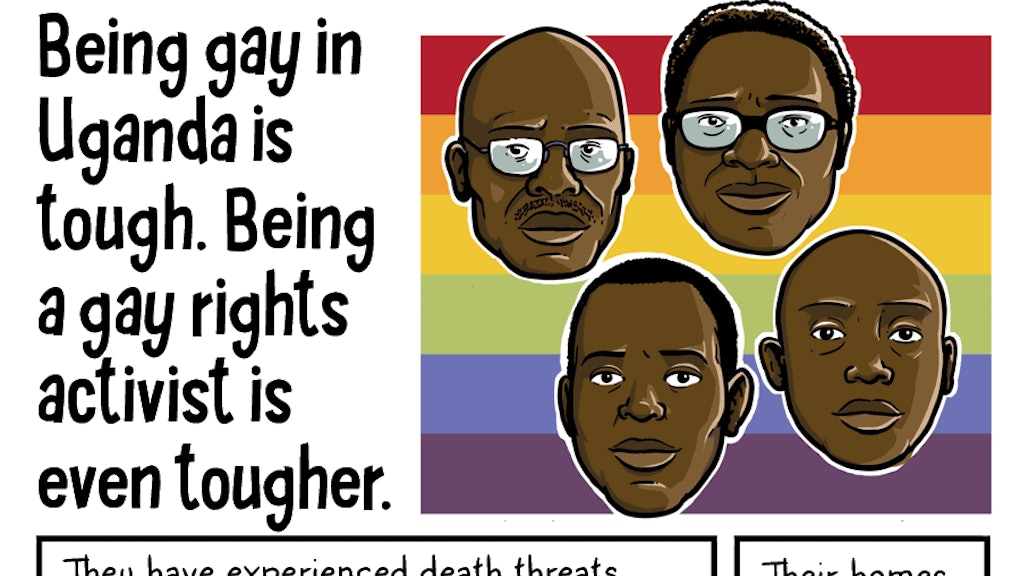 The Awful LGBT Crisis in Uganda, Vividly Detailed in One Comic

On Monday, Ugandan president Yoweri Museveni signed into law a controversial anti-gay legislation that would sentence those found guilty of "aggravated homosexuality" with life imprisonment. While the law is widely regarded as a huge backwards step for the country, what many people don't realize is the responsibility that American evangelists bear in its inception, as well as in the spread of rampant homophobia in the region.

As PolicyMic's Marguerite Ward wrote earlier this week, anti-gay evangelists such as Scott Lively are guilty of fanning the flames of homophobia in Uganda. Though Lively has since stated that the Ugandan law goes too far, his involvement in creating a toxic environment that led to this law cannot be understated.

Earlier this month, artist Andy Warner illustrated a comic for the Center for Constitutional Rights, highlighting Lively's exploits in Uganda. His comic, originally posted on the Huffington Post, is reproduced in full below. With the passage of the anti-gay law, the comic is more relevant than ever: according to Warner, now several of the people featured below "are fearing an imminent witch hunt."

"A lot of the blame for this falls squarely on the shoulders of one man, Scott Lively, and his global campaign of homophobia," Warner wrote on his Tumblr.

Check out the comic below:

Comic credit: Andy Warner and the Center for Constitutional Rights