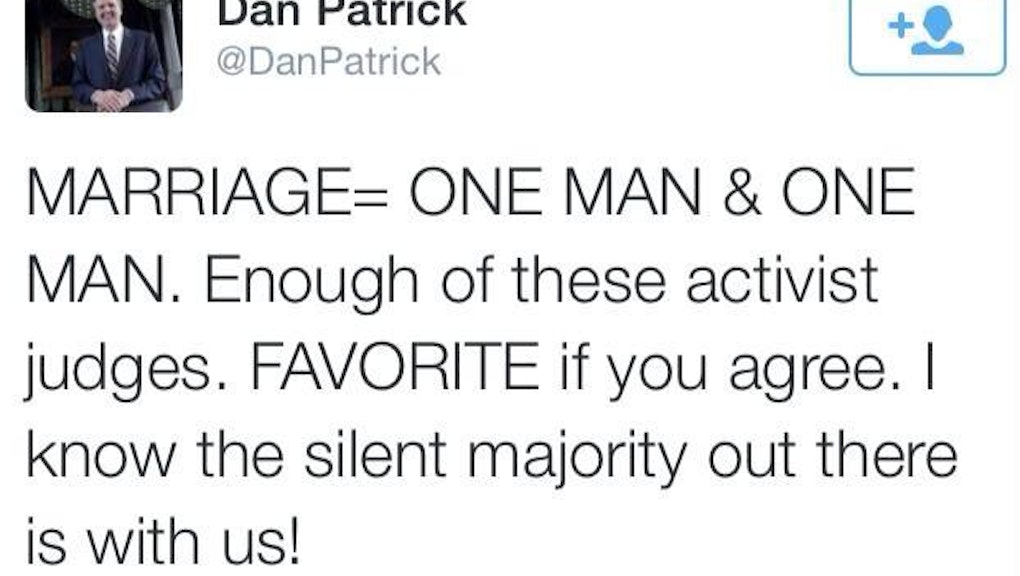 When a Texas federal judge struck down the state's ban on same-sex marriage on Wednesday, conservative Texas State Sen. Dan Patrick took to Twitter to voice his ... support?

In all caps, the outspoken opponent of gay marriage blasted, "MARRIAGE= ONE MAN & ONE MAN" out to all of his 11,000-plus Twitter followers.

About 10 minutes later, the tweet was replaced, followed by several more tweets assuring conservatives that he hadn't suddenly succumbed to a progressive change of heart.

In January, Houston Mayor Annise Parker got married to her long-time partner Kathy Hubbard in California, where same-sex unions are legal. Patrick, who is running for lieutenant governor, said he was not "shocked that Mayor Parker decided to elope in California," and that "This is obviously part of a larger strategy of hers to turn Texas into California."

In an attempt to avoid future Twitter mishaps, Patrick also tweeted Wednesday that his campaign has a new job opening: social media intern.