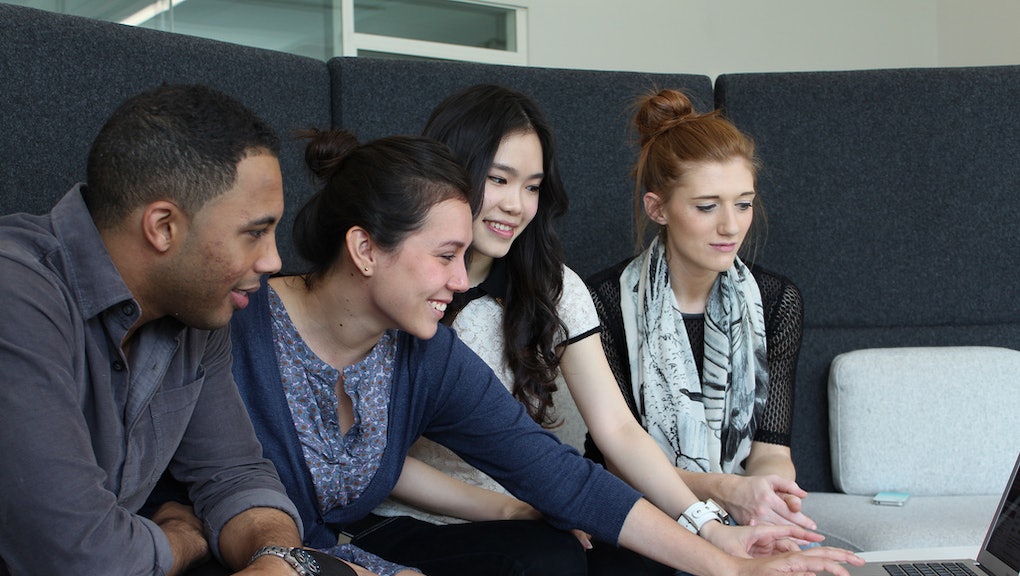 Colleges and universities are facing what many would say is a potentially unsolvable problem. They're trying to train the next crop of entrepreneurs through programs and coursework. But with the innovation hall of fame littered with college dropouts like Steve Jobs and Mark Zuckerberg, you have to wonder if entrepreneurship can be taught in the classroom at all.

The debate has raged on in the Wall Street Journal, where people like Victor Hwang, a Silicon Valley venture capitalist, claim there's just no replacement for real world experience. The only way to become an entrepreneur is to go out and do it. Kate Chase, who teaches entrepreneurship at Oberlin College, agrees with Hwang's thinking. She said when it comes to making successful business ventures, nobody is going to "walk out of any program and magically become a successful entrepreneur … most are live and learn."

The trick to teaching entrepreneurship, Chase told PolicyMic, isn't going to be training people on the basics of finance. It's about encouraging creativity and curiosity, the hallmarks of entrepreneurial thinking.

But there's a problem. Qualities like fearless risk-taking, creativity or curiosity, which define entrepreneurs, might be innate. So, how do you teach someone to be creative when it seems like some people just … aren't?

Dr. Thom Markham, a self-employed educational consultant and psychologist, said that the key is to fashion an open environment where students can try new ideas. If you can present them with a challenge that they can experiment with, he said, you can craft "a culture in your classroom where curiosity can emerge." And then, it's up to the teachers to foster that curiosity and let it grow. Markham said that too often traditional schooling systems force students to conform to a certain standard. "The 'A,'" he says, "means getting the right answer, right away. That's what the teacher gave you, which is a box," and the top of the letter grade becomes the cap on a student's creativity. It's not actually about telling students to think outside the box; it's about taking the box away all together.

That openness has another effect. When students begin finding new ways to solve problems, some of those solutions will inevitably fail. But Markham said this isn't failure in the traditional sense. It's simply trial and error. It teaches students to be resilient and persevere, and in doing so, won't stymie the creative process just because one thing didn't work. These kinds of settings help people be innovative and entrepreneurial not just in business, but also in the way they live their lives.

Open teaching and learning environments seem to be working in some places. Steve Menendez, a teacher at a Montessori elementary school in Silver Springs, Md., said the school system nurtures an entrepreneurial mentality in its students. He said that they try to keep their students' curiosity alive by "encouraging the kids to try things they want to do."

Menendez tells his students to experiment, and by doing so, "We're always encouraging them to test their limits and push their curiosity." This kind of thinking, Menendez told PolicyMic, helps students discover innovative ways to approach problems and is critical to being an entrepreneur.

It's difficult to promise success in entrepreneurship. Chase said, "Hopefully, no business school would ever say once you come out of here, you'll 100% be a successful entrepreneur. There are just too many factors, but you can get some stuff in place." At the very least, teachers can provide the framework for students to grow into the spirit of entrepreneurship. That might just be enough to help them stay afloat when they go out into the real world and, as nay-sayer Victor Hwang would put it, "get their feet wet."