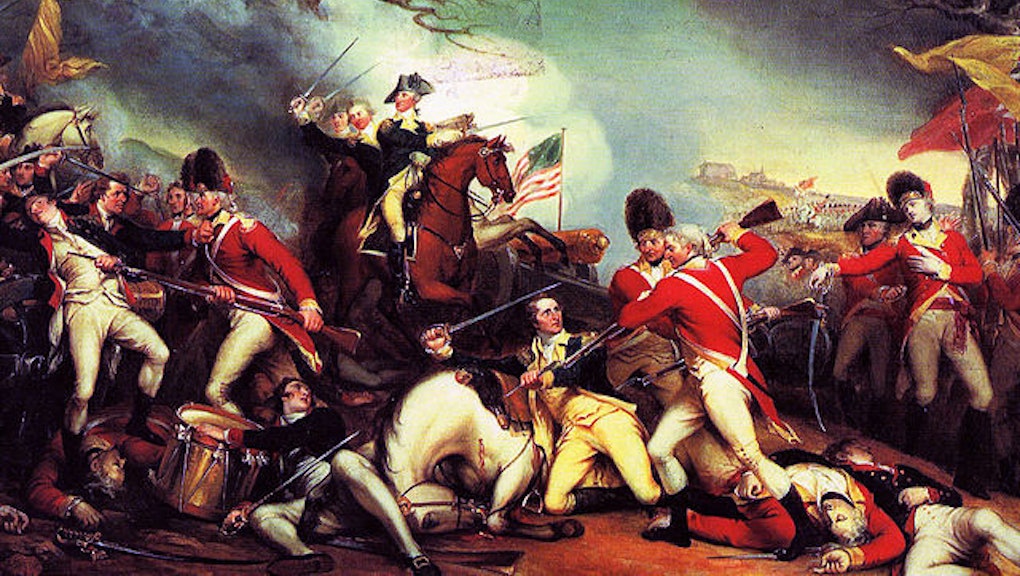 How Well Do You Know U.S. History? Take the Quiz

The philosopher George Santayana famously wrote, "Those who cannot remember the past are condemned to repeat it." Put another way, some moments in American history are just too seminal not to have stored upstairs.

Here are 10 trivia questions covering major moments in American history. How well do you know our fabled past? Hint: copy and paste your answers into a separate document to check 'em below.

1. What was the bloodiest war in American history?

A. The Revolutionary War

B. The Civil War

2. When the Constitution was up for ratification, who were the Federalists and Anti-Federalists?

A. The Federalists argued in favor of the stronger central government supported by the Constitution and the Anti-Federalists preferred the weaker central state of the Articles of Confederation.

B. The Federalists argued in favor of the weaker central government supported by the Constitution and the Anti-Federalists preferred the stronger central state of the Articles of Confederation.

C. Both the Federalists and Anti-Federalists supported ratification of the Constitution and differed on other issues.

D. Both the Federalists and Anti-Federalists opposed ratification of the Constitution and differed on other issues.

3. Which president governed during the War of 1812 and the burning of the White House?

4. Which of these colonies was home to the first permanent English settlement in the Americas?

5. Who was the first Republican president?

6. What event triggered America's entry into World War I?

A. The sinking of the USS Maine.

B. The assassination of the Austro-Hungarian Archduke Franz Ferdinand.

C. The sinking of the RMS Lusitania.

D. The discovery of the Zimmerman Telegram.

7. Which state was the most recent to join the United States?

8. What was the most recent amendment ratified to the Constitution?

A. Creating a federal income tax.

B. Preventing members of Congress from changing their pay during their own terms.

D. Requiring the president to appoint, and Congress to approve, a new vice president in the event of the death or resignation of the previous one.

9. What were the Stonewall riots?

A. A mass outcrying in the Confederate South mourning the death of General Stonewall Jackson.

B. A protest in Britain immediately following news of the Boston Tea Party.

C. A series of spontaneous demonstrations that marked the birth of the American gay rights movement.

D. A series of riots that broke out after the announcement of the assassination of Malcolm X.

10. How many presidents have been elected with more than 60% of the popular votes cast?

2. A; Anti-Federalists opposed ratifying the Constitution and Federalists supported doing so. "Under the initial governmental pact known as the Articles of Confederation, Congress lacked the power to lay or collect taxes, found that requisitions asked of the states were almost always ignored, and couldn't even impose uniform tariff policies throughout the nation."

4. B; The first permanent English settlement in North America, Jamestown, Va., was founded in 1607. The Pilgrims didn't establish what later became Massachusetts at Plymouth until 1620 and King Charles II didn't create Pennsylvania until 1681. Although Florida was the first European colony to take root in what is now the United States (in either 1513 or 1521, depending on the source), it was owned by the Spanish Empire, not the British.

6. D; The sinking of the USS Maine was used as a pretext for starting the Spanish-American War (the ship's explosion was erroneously blamed on the Spanish Empire). While the assassination of Franz Ferdinand in 1914 started World War I in Europe and the sinking of the RMS Lusitania first alerted America as to a possible need to get involved, the discovery of the Zimmerman Telegram — in which the German Empire offered to give Mexico the territories it lost to America during the Mexican-American War in return for its support — was what prompted America's military involvement.

8. B; All of these are relatively recent constitutional amendments. The 16th Amendment gave Congress the power to collect income taxes (Feb. 3, 1913); the 25th Amendment created our current procedures for appointing new vice presidents (Feb. 10, 1967); the 26th Amendment moved the voting age down to 18 (July 1, 1971); and the 27th Amendment prevented Congress from increasing its own pay during a single term (May 5, 1992).

9. C; The Stonewall Riots occurred on June 28, 1969 after a police raid at the Stonewall Inn in the Greenwich Village neighborhood of New York City. It is widely considered to have been a milestone event in the American gay rights movement.

There aren't any popular vote records of the presidential elections from 1789 to 1820, thus eliminating George Washington, John Adams, Thomas Jefferson, James Madison, and James Monroe from this article.

Don't worry, you can still run for Congress.

Well done, you either have a magnificent mind or decided to crack open Wikipedia.

Damn you're good. You know enough to impress even your brightest students but not so much that everyone secretly thinks you live in a cupboard in the back of the classroom.

Seriously, how the hell do you remember all this stuff?!