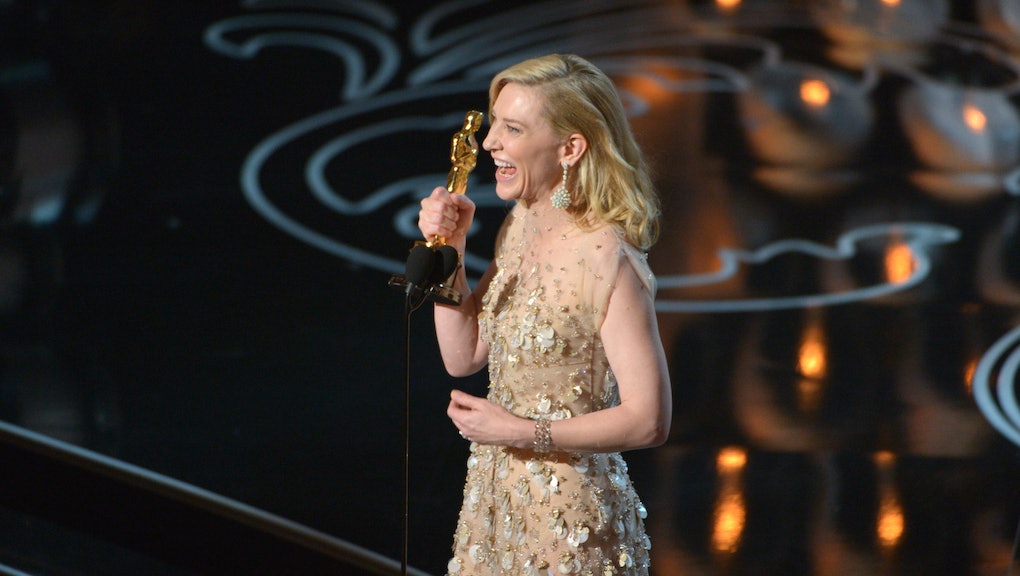 Did you happen to notice that most of the people who went on stage to accept awards at this year's Oscars were dudes? Well, you're not alone. Cate Blanchett noticed too.

During her stellar acceptance speech for her leading role in Blue Jasmine, the Aussie star criticized the perception that female-centric stories aren't as valued in Hollywood.

"To those of us in the industry still foolishly clinging to the idea that films with women at the center are 'niche' experiences, they are not," Blanchett said as the crowd cheered. "Audiences want to see them, and in fact they earn money. The world is round people!"

So far, Blanchett's comment seems to have struck a nerve, especially on social media. Although some were disappointed that she thanked Woody Allen, it didn't stop them from celebrating her empowering words.

This certainly isn't the first time Blanchette has stood up for women, however. The acclaimed actress, who identifies as a feminist, has previously criticized the way some members of the media treated Australia's first woman prime minister Julia Gillard. And of course, who could forget when she called out the casual sexism at this year's SAG awards? Do you think she may have managed to top this viral moment?