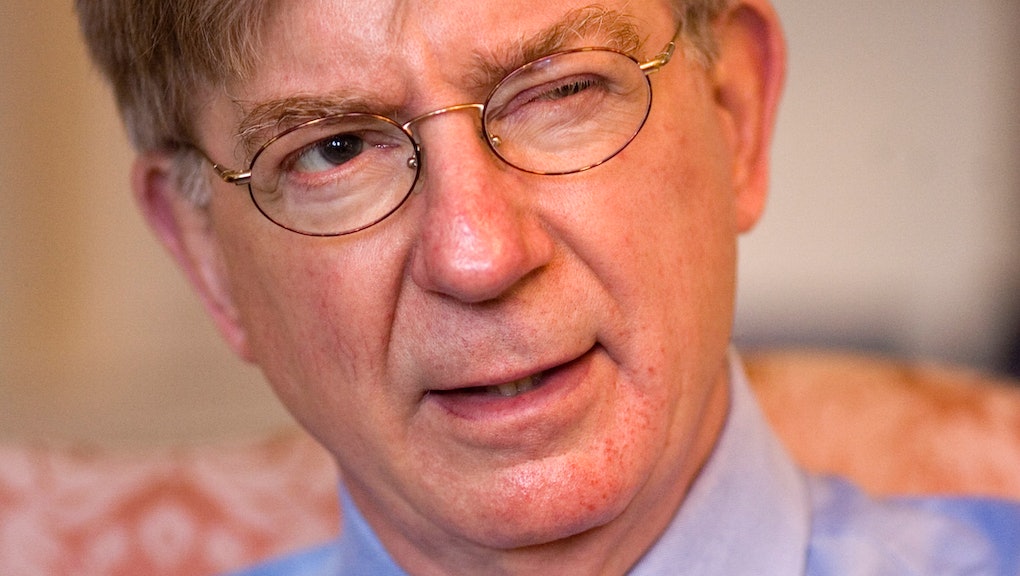 That was the the message from Fox News contributor and conservative pundit George Will over the weekend.

In the midst of a Fox News Sunday panel discussion, host Chris Wallace asked Will to respond to a viewer regarding the recent veto of anti-gay legislation in Arizona.

"With as many taxes that businesses have to pay, how does this government think they have any justification to tell a business who they will and won't serve?" the viewer asked.

While noting that the Civil Rights Act of 1964 is in place to compel businesses to serve all customers equally, Will expressed frustration with LGBT advocates who he felt were being "sore winners."

"This too must be said: It's a funny kind of sore winner in the gay rights movement that would say, 'A photographer doesn't want to photograph my wedding — I've got lots of other photographers I could go to, but I'm going to use the hammer of government to force them to do this,'" Will told the panel.

"It's not neighborly, and it's not nice," the pundit added. "The gay rights movement is winning. They should be, as I say, not sore winners."

It's worth pointing out that this is not the first time Will has found himself in hot water over his opinions regarding the LGBT community. Last March, in advance of the Supreme Court's landmark ruling on same-sex marriage, Will penned a controversial op-ed in the Washington Post, claiming that there wasn't enough information to evaluate the potential "consequences" of same-sex parenting.