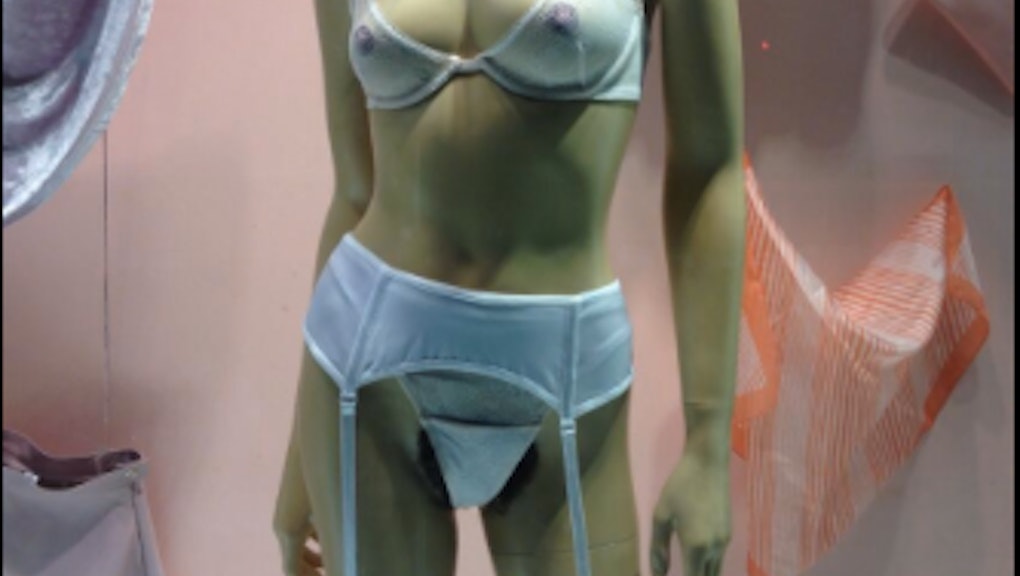 In “The Year of the Bush,” This Woman’s Brazilian Is Guilt-Free

If you're all finished reading about St. Patrick's Day shenanigans, marveling over the sexism that has become a delightful hallmark of this green-tinged holiday, I have a hair situation I would like to discuss with you.

It's an age-old question, and one that has puzzled feminist philosophers for many decades: Should women remove or preserve that pesky hair from their nether regions? And, perhaps just as important, does one's opinion on this topic say something about your feminist proclivities?

I know, you're excited already.

In an effort to make this always-prickly topic easier, I have developed an easy multiple-choice test for women who might be worrying about the whole pubic hair debate:

Do you think shaving your pubes makes you a bad feminist?A) YesB) NoC) Let's stop asking this question.

What's my opinion? The answer should be C. But — spoiler alert — I in fact do keep a low hair profile down there. Let me explain.

I think 2014 is going to be a benchmark year when it comes to pubic hair prominence. After all, the topic was raised early when American Apparel's hirsute hipster mannequins sparked a litany of January think pieces about whether to groom or not to groom. Emer O'Toole for the Guardian declared 2014 "the year of the bush," and I also spent some time slogging through Caroline Rothstein's opus regarding whether paying to have her hairs ripped out makes her a bad feminist.

To tell you the truth, all this follicles talk was beginning to give me an existential feminist crisis. Which is exactly the problem.

An issue rarely acknowledged by these types of articles is that most of them tackle the "problem" from the rather limiting perspective of a cisgender women. To wax or not to wax should be a non-issue for feminists specifically, since it is not in fact an issue that affects (or oppresses, if that's the preferred point of view) all women equally.

Since then, I've heard plenty more women snicker at those who choose to buck normative beauty standards. And this has really got to stop. Making jokes about women who choose not to remove hair is perpetuating a patriarchal stigma, one heavily influenced by advertising and pornography. That is, unless you believe women collectively decided one day that putting ourselves into torturous positions to have wax ripped off of sensitive places was supposed to be fun.

Feminists are policed enough by the outside world. Society says we are too fat or too thin, need to wear makeup or should never wear makeup, dress like sluts or look silly wearing high heels. Do we really need to pass moral judgement on our personal grooming habits?

Ultimately, I choose to remove my pubic hair. And while I understand the argument that such a choice is influenced by internalized sexism, I also believe that it is my choice to make. I love some of the ways other feminists (and comics) before me have approached this discussion, in particular Emily McCombs over at XoJane, who asked the pertinent question, "Is telling me what to do with my vagina hair or what shoes to wear really your most pressing feminist issue right now?"

So the next time someone asks you if it's anti-feminist to wax, give them my quiz, then change the subject. It's time we all put the argument over the permissibility of pubes permanently to bed. I for one will personally send you a thank you card.