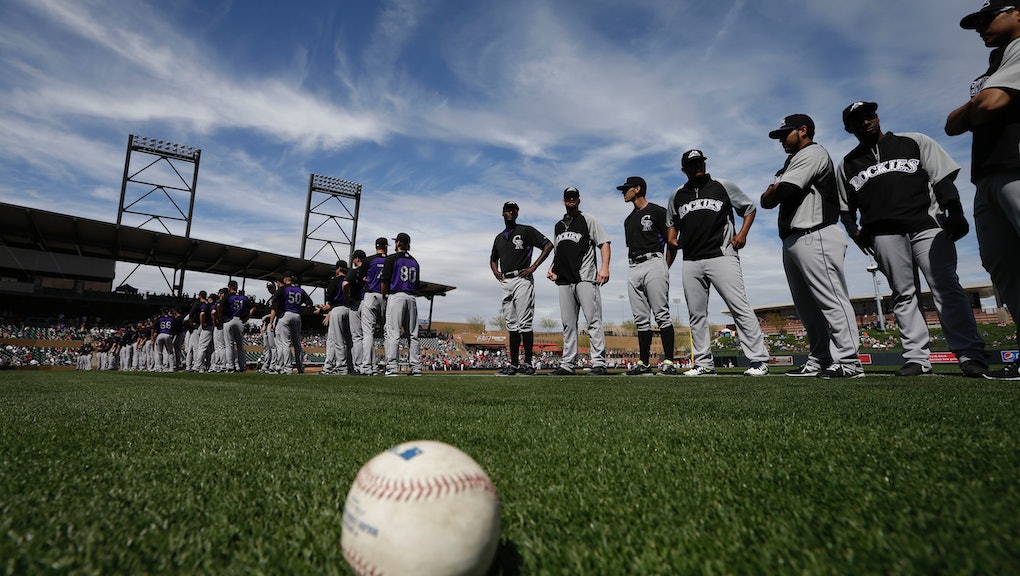 No, the Rockies Do Not Have Pot Brownies as a New Stadium Menu Item

Colorado's newly minted marijuana business is doing very well so far — the state has already raised nearly $100 million in tax revenues — and it looks like that number will only grow from here on out. But one place where you won't see pot? The Rockies stadium.

Last week, reports circulated that the Colorado Major League Baseball team was planning on selling pot brownies at their concession stands, going far as to say that the treats would help increase the sales of other concession foods as well. Rockies organizers were reportedly "thrilled at the new menu item since they note that it will bring in tens of thousands of dollars per month."

While the logic kind of makes sense, the munchies-fueled stadium binge seems to be nothing more than the stuff of dreams, at least for now. What many media outlets missed in their haste to report the story was that it was originally posted on Feb. 26 by the Spoof, a news satire website. Their article claims that the news was broken by Sports Balls Illustrated Daily and that "the strain of marijuana that will be used in the making of the marijuana brownies will be Durango Bango which is considered to be the very best weed in the Rocky Mountain State." (It's a fake strain made up in an earlier article on the Spoof.)

Just in case you missed the facetious tone of the story, or forgot that Sports Balls Illustrated Daily is not an actual publication, the Spoof goes as far as posting a giant disclaimer at the end of the story: "The story above is a satire or parody. It is entirely fictitious."

A couple of days later, the site Empire Sports posted a near-identical article. Despite its reputable-sounding name, it too happens to be a parody site, focusing on fake sports news. According to the article page, it has over 45,000 views already. The story has been shared over 11,000 times on Facebook and went viral on Twitter.

While most people failed to pay attention to the fine print, the story's social media success indicated what may be a case of wishful thinking. People are clearly into the idea, and it would definitely boost concession sales. While no baseball stadium would allow people to light up next to families with children, the idea of a pot lounge has probably crossed some organizers' mind by now.