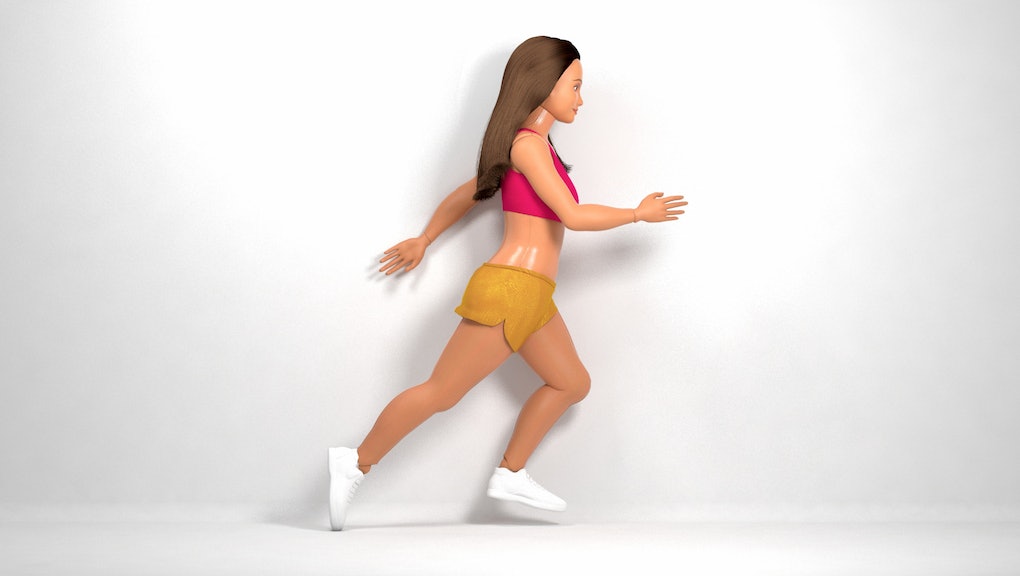 A few months ago, one of the most iconic toys in the world got a modern makeover so revolutionary that it went completely viral. If, like millions of others netizens, you loved the pictures of "Average Barbie" circulating across the web, you'll love what Nickolay Lamm, the designer of the creative project has in store next.

Motivated by a strong desire to show that "average is beautiful," Lamm has decided to make his designs come to life with a doll called "Lammily."

Lamm decided to take matters into his own hands after being bombarded with questions about where to buy a Barbie of normal size. The entreprenuer is offering prototypes of his toy to the first people to donate to his CrowdtiltOpen campaign, but his plan is to eventually be able to distribute the doll widely online and in retail. The longer term vision also includes embracing diversity by creating dolls with different ethnic backgrounds and body types.

The Lammily doesn't just have the realistic proportions of the average 19-year-old woman — she also has articulated wrists, knees, elbows and feet. This is pretty awesome because unlike her buddy Barbie, who is forever stuck with her arms folded like she's about to serve a cheese plate, Lammily will be able to "play" sports and other activities.

Judging from the picture, Lammily won't constantly be on her tippy toes which should help prevent the chronic rheumatoid arthritis that has probably been plaguing Barbie for the past half-century. Lammily also has visibly less makeup, a refreshing change in the age of the freakish Bratz line.

Lamm is hoping to capitalize on recent, encouraging developments in the toy industry. Barbie may be one of the most popular toys for young girls, but there's clearly a growing demand for change. The massive popularity of Goldie Blox, a toy company with the mission to empower girls isn't a coincidence — it is evidence of this growing trend. Kids and parents alike are asking toy companies to go beyond restrictive gender stereotypes.

Plus, while the Barbie doll might be classic, she's also increasingly controversial. Studies show that children who are told to play with a thinner doll eat less food afterwards. According to the educational website Dying to be Barbie, the Yale Center for Eating and Weight Disorders found that to look like Barbie, the average woman would have to "grow two feet taller, extend their neck length by 3.2 inches, gain 5 inches in chest size, and lose 6 inches in waist circumference." No wonder children who play with the doll end up with a skewed perception of what beauty is supposed to look like.

This year's Sports Illustrated cover featuring Barbie in a bathing suit may have been the straw that broke the camel's back. Outrage over Mattel's partnership with the swimsuit issue was not well-received as many called it "incredibly creepy" and showed the company's desperate attempt to turn Barbie "into a sex object for men."

The trend towards heavier sexualization of girls' toys may have finally reached a tipping point with consumers. There's a clear demand for toys that are realistic and appropriate for young girls, and many parents, if they knew there was an option, would buy them.

We're seeing incredible momentum in the toy industry, and it's not unrealistic to think that soon the empowerment of girls won't be something companies even have to think about anymore. It will be automatic. But until then, Lammily will most certainly do.