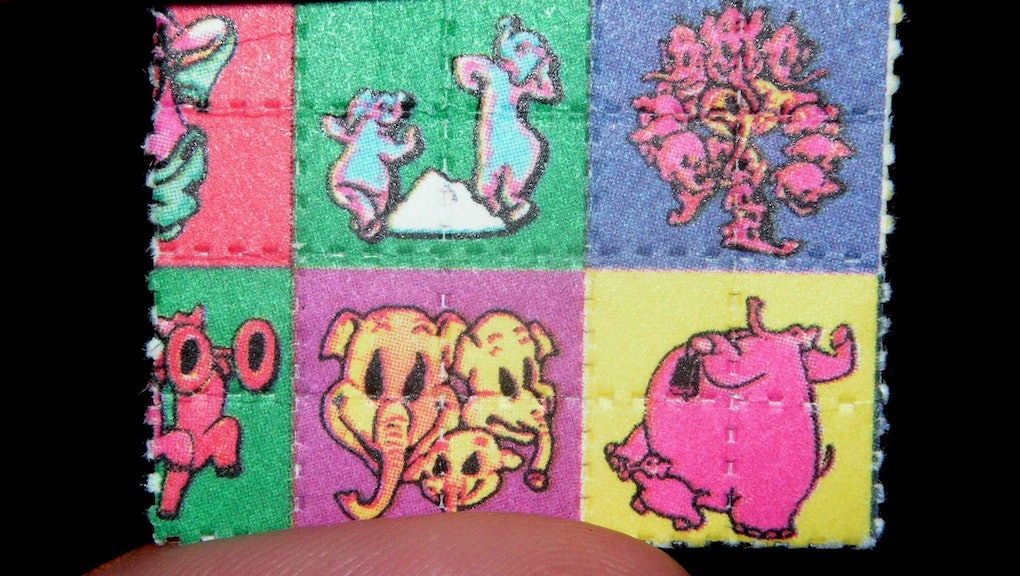 On Tuesday, the Journal of Nervous and Mental Disease published the results of an innovative study measuring LSD's effects on end-of-life anxiety. The study marks the first controlled trial of LSD in over 40 years. It tested the use of LSD as a complement to talk therapy for a group of 12 people "nearing the end of life."

After about two months of weekly therapy, the eight participants who received full doses of LSD improved by about 20% on standard measures of anxiety. The four subjects who took a much weaker dose got worse. Overall, after following up with the group a year after the trial's conclusion, Dr. Peter Gasser, who conducted the therapy, said the patients' "anxiety went down and stayed down."

The drug caused no serious side effects other than temporary and therapeutically valuable times of distress. One of the subjects, a 50-year-old Austrian social worker named Peter, told the New York Times that he was worried about having a bad trip, but ended up having a mystical experience. "I had what you would call a mystical experience, I guess, lasting for some time, and the major part was pure distress at all these memories I had successfully forgotten for decades," he said. "These painful feelings, regrets, this fear of death. I remember feeling very cold for a long time. I was shivering, even though I was sweating. It was a mental coldness, I think, a memory of neglect."

One 67-year-old patient said he met his dead, estranged father "somewhere out in the cosmos," who nodded to him in approval.

Switzerland is known for their progressive, harm reduction approach to drug policy. Their national heroin treatment program, for example, provides drug addicts with free methadone and clean needles. This policy has seen reduced deaths and crime rates, which is a marked turnaround from what was once the site of Zurich's infamous Platzspitz park, dubbed "needle park" in the 1980s.

It's been just over 70 years since Swiss chemist Albert Hofmann discovered LSD's mind-altering qualities when he absorbed some through his fingertips. But research about the drug's therapeutic qualities are just making a resurgence, along with mushrooms and ecstasy. Since the Controlled Substances Act of 1970 (CSA) came into effect 44 years ago, these psychedelics were labeled as Schedule I drugs, which are defined as having no medical benefit and a high potential for abuse, making them more difficult to conduct studies with. Marijuana is also considered a Schedule I drug.

Before the CSA, close to 700 studies with psychedelic drugs took place, and the research suggested that psychedelics offered significant benefits in treating alcoholism, easing end-of-life anxiety and treating many complex psychiatric illness such as obsessive-compulsive disorder.

The scientific community has researched psychedelics for the treatment of PTSD, alcoholism and drug addictions, and their findings have been promising. The Johns Hopkins School of Medicine, for example, found that psilocybin, an active component of magic mushrooms that trigger transformative spiritual states, may have lasting medical and spiritual benefits when taken in the right dosage. The study researchers were able to reliably "induce transcendental experiences" in subjects. These experiences offered long-lasting psychological growth and helped people find peace in their lives without negative side effects.

With Switzerland's progressive approach to drug policy, scientists are able to conduct studies with drugs that are still very controversial in the U.S. While countries like Switzerland and Israel, which is known for their progressive medical marijuana policies, are ahead of the game in propelling research of the medical benefits of psychedelics, the U.S. is falling behind by limiting research of these substances.