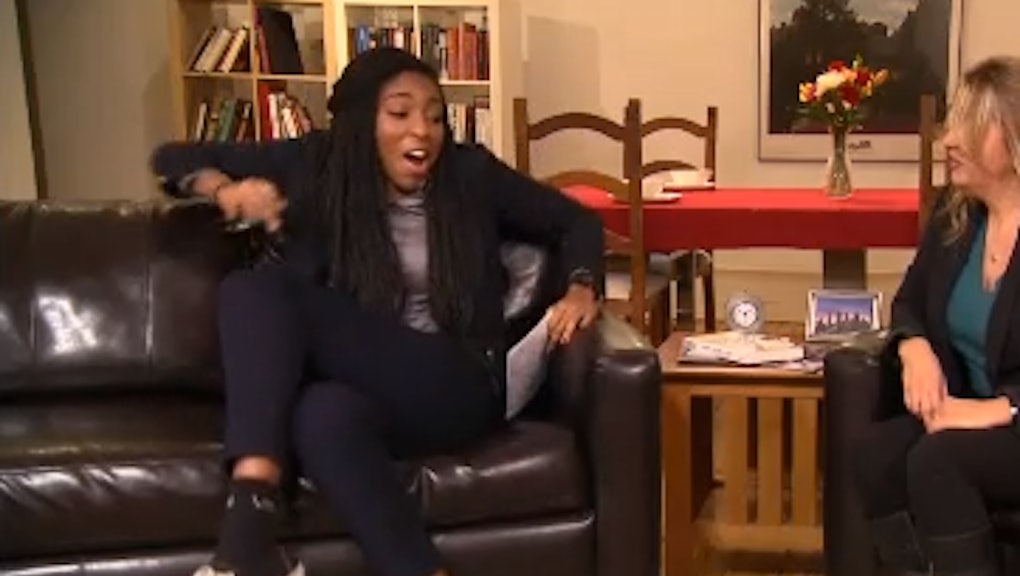 The news: Everyone knows that racism ended the moment Barack Obama moved into the White House. Whoever thinks otherwise should check their facts: "We have black senators, too!" after all — well, at least a few.

But for some inexplicable reason, The Daily Show won't let the issue rest. Jon Stewart and co. continued their onslaught against perpetual ignorance on Tuesday with an eye-opening segment on the so-called "end of racism." Jessica Williams begins her investigation with a look at "racist dogs" — yes, you read that correctly. And that's just the beginning.

Check out the rest below:

Methodology. Williams starts by interviewing a "dog apologist" who simply won't accept that racism among people is over. "Dogs cannot be racist," says dog trainer Kate Perry. "If the dog is appearing racist, the biggest problem is at the other end of the leash."

Williams then takes to the Internet to gain further insight on the issue, only to reach another shocking realization: These "hate machines," known as computers, are racist too. When she starts typing the phrase "Why do black people ..." into Google, the top three hits include "why do black people like fried chicken" and "why do black people not tip." To decipher this baffling instance of technological stereotyping, Williams interviews CNET editor Tim Stevens:

"What you're looking at is basically search results and searches that other people have typed in," he says.

"I assure you, there is no racism from your computer or any other computer," he responds.

What are we to make of these findings? Could it be that racism actually does still exist? "I think we are making progress," says Columbia University professor Dr. Carl Hart, "but there's a lot more progress to be made."

Perhaps in the future, the "race factor" won't be so pronounced. But if Williams' investigation is any indicator, that day is still a long way off.