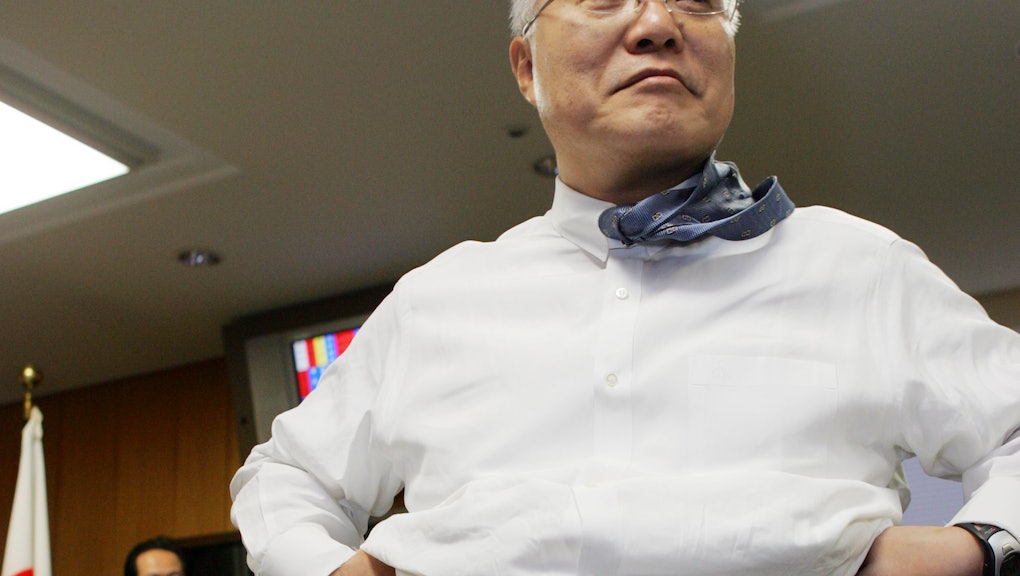 Japan Has Cut Obesity to 3.5% in a Controversial Way That Wouldn't Fly in America

In the U.S., obesity is a high-profile issue staked out by people like Michelle Obama and Jamie Oliver. But how do other countries address it, especially wealthy countries, where this problem is most rampant?

Dubai pays people to lose weight. New Zealand, where one in four adults are technically obese, bars overweight immigrants from obtaining a visa. China has used acupuncture to treat obesity for centuries.

But one country has managed to keep obesity down with the help of a controversial government policy that probably wouldn't fly in the U.S. That country is Japan, where only about 3.5% of the population is classified as obese, compared to rates as high as 30% or greater in countries like the U.S. And it's not just a generally healthier diet and lifestyle that's kept the Japanese trim.

Citizens must adhere to government-mandated waistline limits or face consequences. The government has established waistline limits for adults ages 40 to 74. Men must maintain a waistline at or below 33.5 inches; for women, the limit is 35.4 inches. The "metabo law" went into effect in 2008, with the goal of reducing the country's overweight population by 25% by 2015. The government's anti-obesity campaign aims to keep "metabolic syndrome" — a number of factors that heighten the risk of developing diabetes and vascular diseases, such as obesity and high blood pressure, glucose and cholesterol levels — in check, thus minimizing the ballooning health care costs of Japan's massive aging population.

Those who stray beyond the state-mandated waistlines are required to attend counseling and support sessions. Local governments and companies that don't meet specific targets are fined, sometimes quite heavily.

NEC, Japan's largest maker of personal computers, says it's possible to incur as much as $19 million in penalties for failing to meet their targets. Matsushita, which makes Panasonic products, has to measure the waistlines of at least 80% of its employees, along with their families and retirees. The company distributes "metabo check" towels that double as tape measures to employees to ensure adherence to the waistline limits come time for employees' annual checkups.

This seems to be working for Japan, at least for now, though the policy has its share of problems. Critics of the policy say the government's real goal is to shift health care costs onto the private sector.

One thing's for sure: This would never work in the U.S. We've already resorted to means like aspiration therapy, or personal stomach pumping, so it's safe to say that we're way beyond this kind of solution. Combating epidemic-level obesity is important, but Japan's approach is teetering on insanity. It would turn every one of us into libertarians.