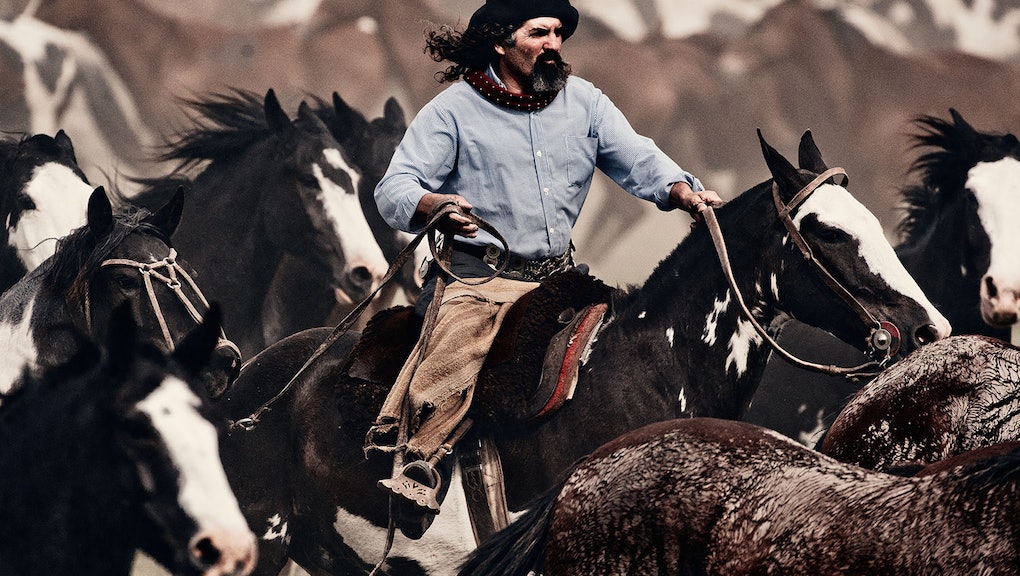 The world's indigenous communities will soon disappear if threats to their internationally recognized rights continue at the current speed. Often gawked at like creatures of a distant past, aboriginal communities are, not surprisingly, quite similar to their more "modern" counterparts.

Their rare appearance in public conversation, more often than not, surrounds a choice appropriation of their likeness on jerseys, television shows or news summaries that discuss a shocking but fringe part of their culture. Discussion of their rights? That's confined to the bubble of anthropologists and activists.

In just a few years from now, students may learn of extinct peoples who, not by mere neglect but by active resistance, were denied survival.

The majority of countries supported the declaration, but four voted against it (Australia, Canada, New Zealand and the United States). The declaration establishes a minimum threshold of rights, including rights to education, employment, language and cultural rights.

Indigenous rights are technically recognized on a global level. But as with so many international issues, we must ask, are they actually upheld?

The often violent struggle of indigenous groups across the world indicates that the answer is no. Among more recent stories of indigenous peoples clashing with multi-national corporations or governments include the Awá-Guajá in Brazil, the Zapatista in Mexico, Mapuche in Chile, several indigenous groups in Colombia and the Suku Anak Dalam in Indonesia.

A number of initiatives for indigenous rights show some promise. The UN's Human Rights Council recently appointed esteemed indigenous Filipina activist Victoria Tauli-Corpuz as its special rapporteur on the rights of indigenous peoples. Tauli-Corpuz was one of those who lobbied for over 20 years for the 2007 UN declaration. One University of Arizona law professor, James Anaya, who advocates indigenous rights has been nominated for a Nobel Peace Prize for his commitment to human rights. Other individual activists like Samantha Ro‘otsitsina de C. Juruna (Tsitsina Xavante), a 28-year-old indigenous woman of Xavante heritage, continue to work on the community level to amplify the voices of groups similar to her own.

Here are nine images of indigenous groups and the cultures, languages and knowledge they represent:

The Goroka tribe is located in Indonesia and Papua New Guinea. Historic inter-tribal warfare and difficult terrain has led to the proliferation of several languages and isolated communities.

This indigenous group is one of the most heterogeneous in the world. The different tribes live across the highland plateau in Papua New Guinea in small agrarian clans.

The legendary Asaro Mudmen first met with the western world in the mid-1900s. The Asaro tribe live in circular or rectangular shape houses that are weaved from pit canes or bamboo. The roofs of their houses are very high so that smoke from fire, used to warm inhabitants during cold conditions, is kept away from the inhabitants. "Call of Duty" offensively used the Asaro Mudmen as inspiration for a video game video trailer.

The Huli tribe were once extensive travellers, predominantly for trade, in both the highlands and lowlands surrounding their homeland in Papua New Guinea. Europeans did not know of the Huli until 1935. They speak primarily Huli or Tok Pisin, while some also speak English.

The Himba people are an ancient tribe that has remained largely unchanged despite conflict and famine. According to beforethey.com, "The Himba are tall, slender and statuesque herders. They live in one of the most extreme environments on earth."

The Kazakhs are a semi-nomadic people that live in the mountains and valleys of Mongolia. They are descendants of ancient Turkic, Mongolic and Indo-Iranian tribes and the Huns.

The Arctic Chukchi people live on a federal subject of Russia, the peninsula of the Chukotka. Unlike other native groups of Siberia, they have never been conquered by Russian troops. Although the Soviets destroyed much of their home with weapons testing and pollution, the Chuckchi people survived.

The Mustang tribe is one of the oldest pieces of Tibetan culture. No outsiders were allowed to enter the Mustang territory until 1991. They are highly religious, the grandeur of their monasteries illustrating the value the sacred has in their lives.

The word "Gaucho" was used to describe the free spirits that guided this tribe's culture. The Gaucho people are nomadic horsemen and cowboys. They like to say that they inseparable from their horse and knife.