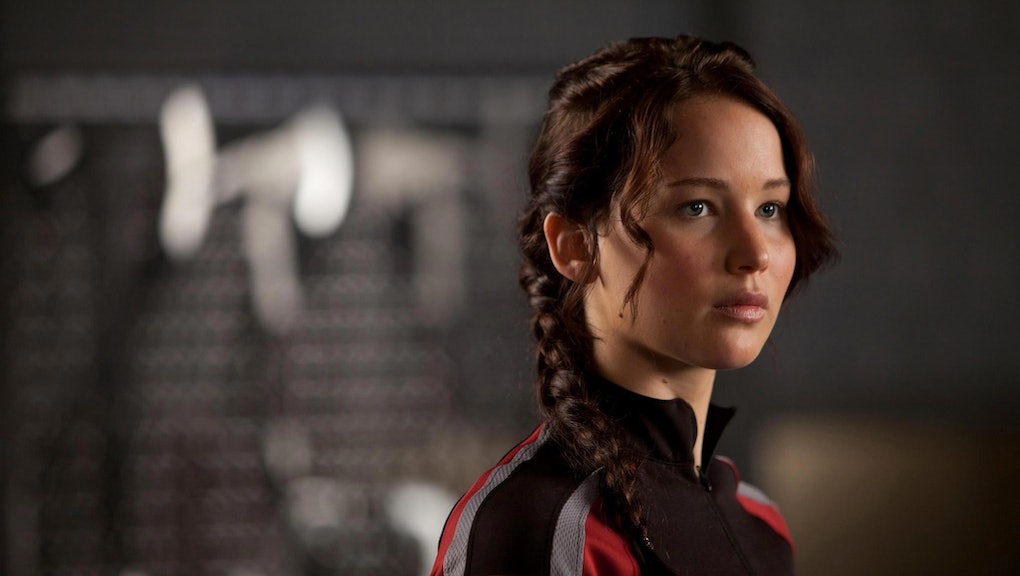 You'd think modern Hollywood would have a much higher level of gender equality than that of the 1940s. But a new study by Martha M. Lauzen, executive director of the Center for the Study of Women in Television and Film at San Diego State University, has revealed that when it comes to equality, we're actually beating the pre-Mad Men era by a only few percentage points.

According to Lauzen's findings, which looked at more than 2,300 characters appearing in the top 100 grossing domestic films of 2013, the number of female-speaking roles has barely changed over the past 70 years. Women totaled just 30% of all speaking roles in 2013 (and this number "includes major and minor characters"). And only half of these speaking parts were as leading characters.

In other words, in a year when The Hunger Games: Catching Fire, Frozen and Gravity were the first, third and sixth top grossing films, respectively, movies with leading female characters are still an exception to the Hollywood rule.

"We think of Hollywood as a very progressive place and a bastion of liberal thought," Lauzen told the New York Times. "But when you look at the numbers and the representation of women onscreen, that's absolutely not the case. The film industry does not like change." Clearly.

These static totals are found across race and, importantly, in behind-the-scenes roles as well: Women lag far behind men as writers, directors and producers. Since 1998, the number of women in these positions has stagnated at around 17%.

These findings come in the wake of recent outspoken critiques by actresses of Hollywood sexism. At the Oscars, Cate Blanchett challenged and chastised "those of us in the industry who are still foolishly clinging to the idea that female films, with women at the center, are niche experiences." And Olivia Wilde also slammed Hollywood's practice of sidelining women into less important roles on screen at a "State of Female Justice" panel.

Given that female-focused films have proven they can make plenty of money — look no further than Frozen's recent crossing of the $1 billion mark, the first film directed by a woman to do so, no less — we need to continue to call out Hollywood's seriously unequal representation.

Keep seeing films with and, especially, by women, and hopefully we will finally see this number begin to change.