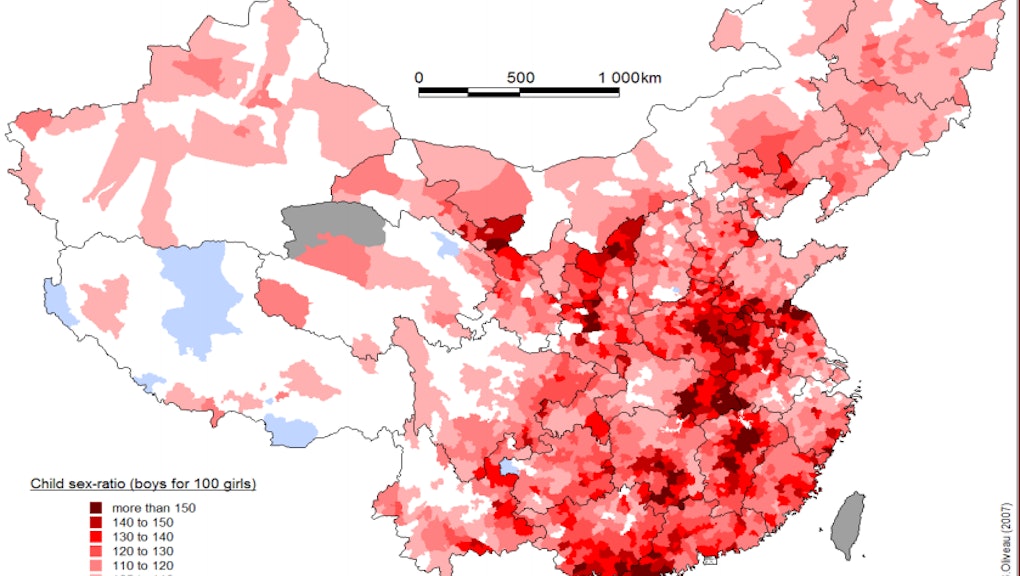 According to recent research by risk analysts at Bank of America/Merrill Lynch and explained by Quartz's Gwynn Guilford, one major source of short-term stability across the world isn't as appreciated as it should be: a large increase in the number of young males aged 15-29.

Researchers Ajay Kapur, Ritesh Samadhiya and Umesha de Silva say that increasing numbers of young men is closely associated with "revolutions, wars and upheavals," noting that such a population change occurred shortly before the 1384 civil war in Portugal, the 1642-51 English Revolution, Spanish conquistadors storming the New World, the 1789 French Revolution and the rise of Nazism in Germany in the 1920s.

Young men are, it seems, a huge problem — accounting for an astonishing half of a country's stability.

Even though most developing nations have reached a steady ratio of young to older men, there's still a lot to be worried about, especially in places liked India, China and Africa where the aggregate number of 15-29-year-old men is still pretty staggering and could drum up some growing discontent.

Large numbers of young men, especially when confronted with inequality, poverty and poor opportunities for economic growth often turn to violence to achieve their aims. As Quartz notes, if they're unmarried and don't have families, it's even easier for them to turn to crime, unrest or violence to protest the current system or try to get ahead.

These disconcerting charts lay out the child sex-ratio imbalance in China and India, where young men outnumber young women. In China, the one-child policy instituted to put a halt to population growth has coincided with a cultural preference for more economically productive male children. By 2015, the number of Chinese men who statistically will never find a wife will reach around 20 million. India already has 17 million more young men than women. Inevitably, this will become an immensely frustrating problem for China and India's young men, who may find themselves unable, through no fault of their own, to ever find love or marriage. And you thought the friend zone was bad.

Unfortunately, governments often respond by cracking down on unrest rather than finding ways to address a disgruntled populace's concerns. Instability isn't only determined by what problems a country has, but how the nation collectively responds to them. Unfortunately, India's, China's and many African nations' track record on this is not exactly encouraging.

However, there is a light at the end of the tunnel. According to research from Oslo University, just 7% of countries are expected to be suffering from internal conflicts by 2050, down from 15% now — thanks largely to advances in education and reducing infant mortality, as well as fewer young people. But that 7% of the world's nations is likely to be filled with large numbers of unemployed, unmarried, angry young men.