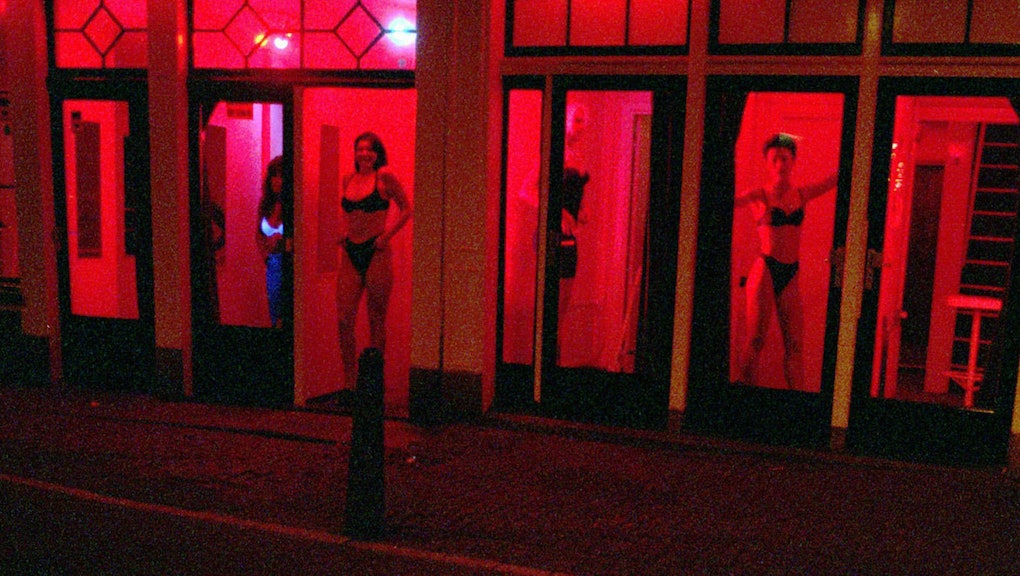 The Surprising Way the Netherlands Is Helping Its Disabled Have Sex

The Netherlands is known for its social subsidies on everything from education to housing, but it's also subsidizing sex for the disabled. With prostitution legalized in the country, the government is boosting both the domestic sex economy and the intimate endeavors of its disabled citizens. Put simply, sex is increasingly characterized as a right everyone should be able to enjoy.

While there is no direct "sex grant" per se, the benefits citizens with disabilities receive can be spent however they like. Some reports indicate that they can use these benefits to access sex services 12 times a year, but information on the specifics is elusive. One 29-year-old named Chris Fulton, who has cerebral palsy and muscular dystrophy, has even launched a campaign calling on the Dutch government to introduce a more concrete grant scheme.

But why sex? Besides the obvious pleasure, intercourse is a form of mental and physical therapy. In psychology, many experts cite its ability to fulfill needs for intimacy, validation, stress relief or stronger self-esteem. In health circles, it's a known antidote to stress and even pain management. Citing this research and personal testimonies, social workers, caretakers and affected individuals are calling for increased access to sex services for citizens with disabilities.

However, the right to sexuality does not make for easy conversation, whether at the dinner table or in public policy arenas. Controversy engulfs the issue, and many citizens object to using tax dollars to support such a risque business. But advocates, including academics, social workers and doctors, respond that it's not about supporting the sex business, but is rather promoting a right and addressing health issues.

Another problem is safety. Critics cite the very real concern that disabled citizens would be at risk of abuse, while many disabled women fear abuse from male sex workers and would not fully trust them. Equally controversial is the issue of consent. Can mentally disabled citizens truly sanction such arrangements, even if they're of legal age? Some argue no: For example, one woman who offered to help her son with down syndrome lose his virginity was condemned as "disgusting" and got accused of pimping him.

Medical ethics experts often discuss how sex and disability have long been seen exclusively through the lens of protecting vulnerable individuals from abuse. However, in recent years the sexual rights movement has taken off. "Finding a sex worker who will talk, teach, accept … is a bit of a boost of confidence and self-esteem," sex therapist Tuppy Owens told the Guardian.

Perhaps the most poignant question in subsidizing sexual services is whether advocates are hurting the disabled community. Mik Scarlet, a campaigner in the sexuality and disability movement, told the Guardian, "If you're growing up as a disabled child or someone who's just come to disability, how does that affect how you feel about yourself? I don't want a world where it's easier for disabled people to visit sex workers, I want a world that sees disabled people as sexual and valid prospective partners."

This subsidy probably won't be a solution realistically considered in the United States any time soon. But the general issue is definitely one worth discussing, not only to find solutions, but also to radically change how we perceive and integrate people with disabilities in our communities.

While we don't often think of sex as a human right, it's becoming a key element in the battle against the subhuman treatment people with disabilities face in societies across the globe.