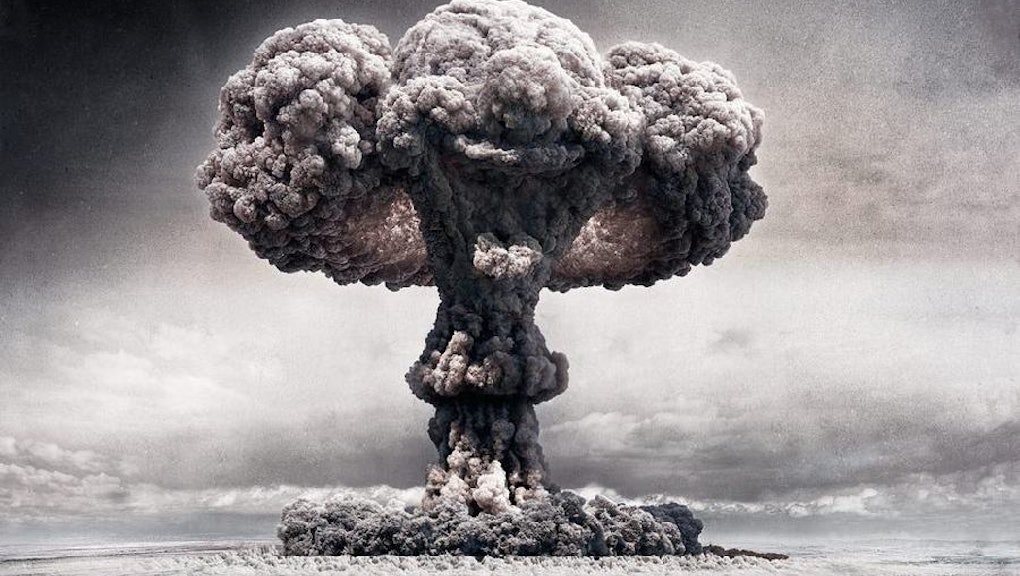 In his latest inspired rant, prominent Russian TV journalist Dmitry Kiselyov issued a friendly public reminder that his country is still capable of turning the United States into "radioactive dust." Kiselyov then suggested that President Obama's hair is graying because of worry over Russia's nuclear capabilities.

"Russia is the only country in the world realistically capable of turning the United States into radioactive dust," Kiselyov said.

The reminder, delivered in front of a huge mushroom cloud backdrop, comes at a tense time in Russia's relations with, well, the world. When soldiers (presumed to be Russian army men or pro-Russian defense forces) flooded Ukraine's peninsula following the violent crackdown on Ukrainian pro-European protesters, the international community responded in unified condemnation. Leaders including those from the EU and G-7 have taken actions against Russia, putting the country on the defensive. Today, Russia appears to have switched to being on the offensive.

While the news anchor made headlines for his eyebrow-raising comments, he didn't necessarily fabricate any lies. As the Washington Post points out, "He also has a point. Russia is still a major nuclear power, with an estimated 8,500 nuclear warheads, more than the United States."

While one journalist at RT recently criticized Russia's actions in Ukraine on air and another member quit her job with the media service, Kiselyov makes it clear where the news organization stands when it comes to inflammatory, anti-western rhetoric.