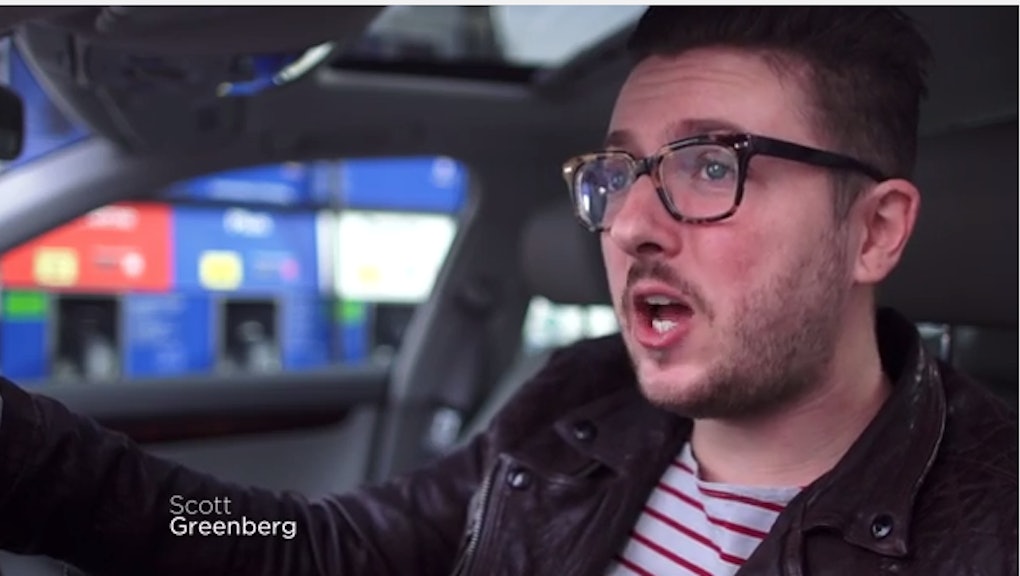 GOP Shows How NOT to Reach Millennials, Using These Hilarious Hipster Ads

If you've seen what appears to be a series of GOP parody ads aimed at minorities and hipsters, you'll be surprised to know that they were neither produced by SNL, nor are they a spoof from Jimmy Kimmel. They are real, and they are hilarious.

In a series of political advertisements that I'm going to call "fake glasses or dark skin, not both," the Republican Party has unambiguously revealed its intent to target people who say "whatever" a lot and who are not white.

On the one hand, this approach makes sense: Why shouldn't the Republicans target a rising population which has statistically rarely voted for them? Their understanding of what a young, diverse voter looks and sounds like, however, is much more problematic.

The first clip features a 20-something broster with oversized frames who's, like, "soooo" annoyed with the price of gas. He doesn't care what American energy policy is because all he cares about is his bank account. He nonchalantly starts listing all of the ways we could be extracting energy, apparently believing they're all equally effective. Apparently anything is fair game — wind power, shale gas, oil, fracking, drilling a huge hole in the middle of the earth, using slave-labor in Africa — as long as he can still make it to his vintage woodworking class on time.

In another video, the same dude relates that he's very upset because all of his friends are unemployed. Thanks Obama. That's totally gnarly.

A different video in the campaign features an African-American woman talking about how government should be small like smart phones (stay with me) and how we should find a better way to run government, because apps. Yeah, when did politics become so, like, political? Why can't we just all order pizzas and take selfies instead of expanding the social safety net or making sure people are paid a living wage. Poverty? I'm pretty sure there's an app for that.

Then there's the token Asian lady who curiously doesn't need "anyone to guarantee [her] success," but also thinks she "deserves the opportunity to succeed." It's just so hard to be compulsively insecure about our futures with those damn Democrats always breathing down our necks, trying to help us get the things we so actively desire!

All in all, the GOP's latest efforts at reaching young people are pretty transparent. It's no secret that the Pew's latest survey found millennials are the "most racially diverse generation," are "less attached to political and religious institutions" and are more likely to be "digital natives." Since millennials gave Democrats 66% of their vote back in 2008, the Republicans don't want that to happen again.

At the same time, research shows half of millennials now identify as independents, meaning they are theoretically up for grabs for both parties. Since they will make up 40% of the electorate by 2020, it's no surprise politicians are investing so much to reach them. Let's just hope that when it's the Democrats' turn to woo those coveted 20-somethings, they keep it classy, and more importantly, that they leave the hipsters out of it.

What do you think about the GOP's attempt at reaching hipsters? Let me know on Twitter and Facebook.