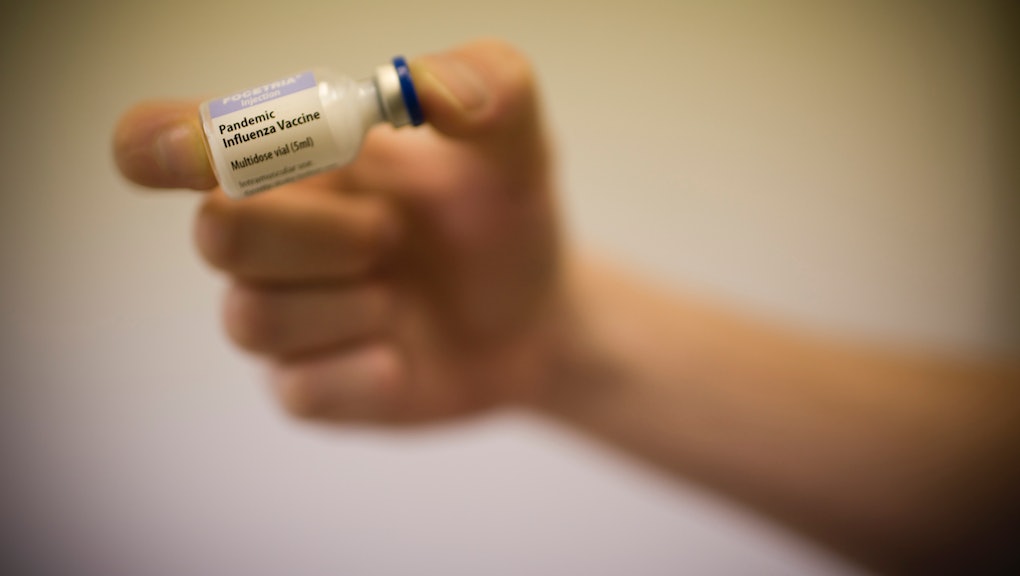 3 Diseases That Have Suddenly Made a Comeback, Thanks to Anti-Vaccine Truthers

It's 2013, and somehow we're still dealing with anti-vaccine truthers and their surprisingly far-reaching impact. And this isn't just a fringe movement either; more than 1 in 10 American parents delay necessary vaccine shots for their children or refuse them completely. No matter that pseudo-science linking vaccines to autism has been utterly refuted, or the harsh reality that these truthers are putting their children and others at risk — the anti-vaccine movement is stronger than ever, and it's become a huge public safety issue.

Diseases that have been all but eradicated in the past decades are suddenly coming back. Measles, mumps and whooping cough are completely preventable in the U.S., or at least they are supposed to be. But as an increasing number of parents decide not to vaccinate their children, we lose "herd immunity," which needs the majority of a community to be vaccinated in order to eliminate possible chain infections. This is no longer an issue of "I'll worry about my kids, you worry about yours" — not vaccinating your children can have seriously dangerous implications for the entire population.

We're not talking about hypothetical situations, but real cases. The map below charts the resurgence of diseases that were essentially eradicated in the U.S.:

Here are three of the diseases that have come back due to the anti-vaccine movement:

After the measles vaccine was introduced in 1963, incidences of the diseases dropped by 99%. Since then, there have been an average of 60 measles cases per year in the U.S., but that number increased to 222 cases in 2011. Outbreaks have been reported in New York, Boston, Philadelphia, San Francisco and Los Angeles.

An ongoing outbreak at Ohio State University has resulted in 23 confirmed cases, and there was a similar outbreak at New York's Fordham University last month, with over a dozen students affected.

At the height of the epidemic, whooping cough afflicted more than 250,000 children every year and killed 9,000. Luckily, a very effective vaccine was introduced in the '40s; there were just 1,000 new cases annually by 1976. But in 2012, that number increased exponentially again to 17,000 cases, resulting in 10 children's deaths.

California alone had an outbreak of 9,210 cases in 2010 due to unvaccinated children at school.