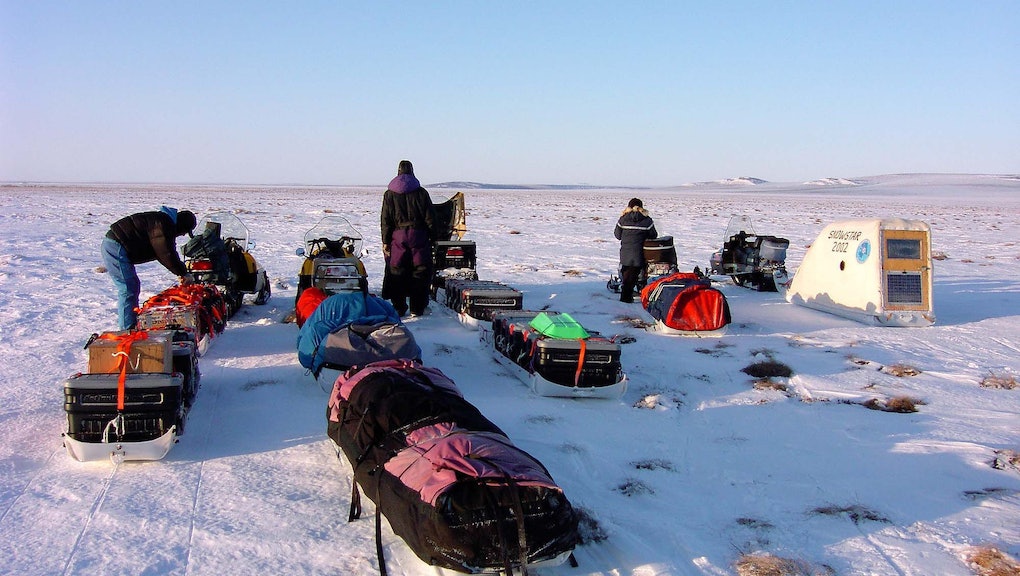 Scientists Have Revived a 1,600-Year Old Organism That Was Frozen Beneath Antarctica

The news: It's aliiiiiiiive! After 1,600 years of sleep, a moss plant has woken up — and magically come back to life.

Discovered frozen beneath 3 1/2 feet of Antarctic permafrost on Signy Island, the moss was brought to the British Antarctic Survey to be observed. Considering the remarkable state of the specimen, scientists decided to see what would happen if they thawed it inside an incubator and squirted it with distilled water once in a while; still, they were caught off guard when the moss began "visibly greening with new shoots after three weeks."

The findings, published in the journal Current Biology, indicate exciting new possibilities for what we define as "living and dead." If an organism can be brought be back after over a millennium, can it really be considered to have died?

"It's basically the first record of anything regenerating of that sort of age," said the Peter Convey, a co-author of the report. "There are records of microbes being pulled out of ice cores and permafrost, but nothing that's multicellular has ever been recorded to do it."

Other cases: This is not the first time that scientists have been able to bring a plant back from supposed death. In 2009, Canadian researchers were able to regrow a 400-year-old moss that was discovered on an Arctic glacier. And in 2012, scientists regrew the plant Silene stenophylla from the fruit that squirrels had buried into the permafrost over 30,000 years ago.

But both cases required some complex processes to engineer the plants' revival; in the case of the Signy Island moss, all it needed was heat and water. And while it's not likely to see a Jurassic Park-style resurrection of more complex plants and animals any time soon, Convey is excited about the potential that this discovery poses.

"Although it would be a big jump from the current finding, this does raise the possibility of complex life forms surviving even longer periods once encased in permafrost or ice," he said.

Alive or dead? It seems that staying dead is not as simple as it looks. Earlier this month, a 30,000 year old virus was also resurrected in Siberia; although viruses are technically not alive in the first place, these recent discoveries do raise the question of what lies below the Earth's surface and what can come back into existence.