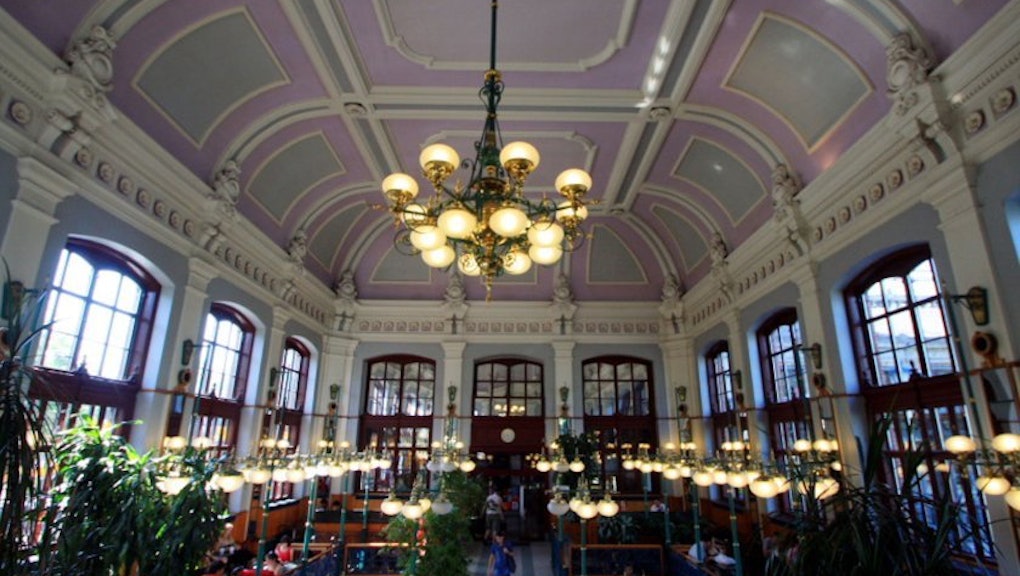 This Is the World's Fanciest McDonald's

Forget about scarfing down your burger on the side of the road. McDonald's customers in Budapest can enjoy their Big Macs in a historic work of achitectural grandeur.

Set up in the impressive hall of Budapest's Western Railway Station, dining in this McDonald's means dining underneath an elaborate, colonial ceiling. Check it out:

With more than 35,000 restaurants in approximately 100 countries, McDonald's is among the biggest, most recognizable fast-food chains in the world.

The restaurant's menu and appearance has a tendency to change based on it's host country. In Budapest, Hungary, one particular McDonald's looks way swankier than you're used to seeing.

The station itself was built in 1877 by the Eiffel Company, which also built the Eiffel Tower. Opened in 1988, this McDonald' became the first in Hungary, and was a particularly symbolic gesture given the timing. The chain's golden arches, considered by many a symbol of America's foreign policy and capitalism, made their way into Hungary shortly before the end of Communism.

With an impressive exterior, that there is a McDonald's inside of the station is only betrayed by the always timeless golden arches.