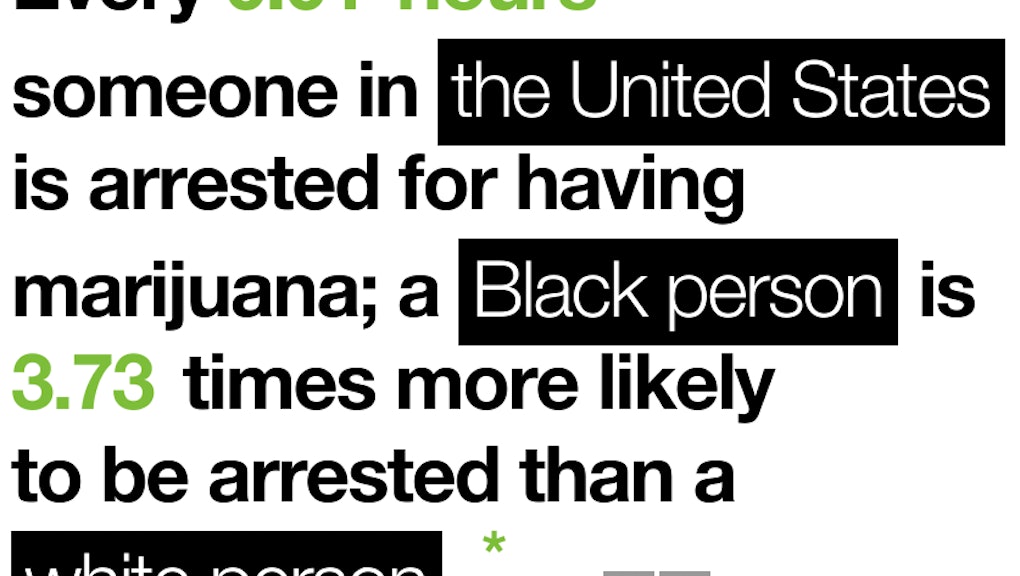 How much do you think it costs for the police to figure out you have some weed? A new project from the American Civil Liberties Union (ACLU) aims to show you the price tag of the war on weed — and the numbers will surprise you.

The advocacy group's The Uncovery offers a new interactive tool that allows users to track how much each state is spending in order to enforce marijuana laws. The tool relies on data from its 2013 report, "War on Marijuana in Black and White," which found that states were spending a staggering $3.6 billion of taxpayers' money each year on marijuana arrests.

On top of the massive amount of resources the war on weed has required, the ACLU alleges that the marijuana crackdown disproportionately targets minorities, with African-Americans being almost four times more likely to be arrested for possession.

The Uncovery tool also lets users track this racial bias and has a handy comparison tool that shows the disparities by state.

The ACLU numbers are pretty staggering. They show that in 2010, African-Americans living in states like Iowa, Minnesota, Illinois and in Washington, D.C. were up to 8.5 times more likely to be arrested for marijuana possession. With 853,838 total arrests, this cost the federal government a total of $3.6 billion.

Still, the tide may be changing. Marijuana has been legalized in both Colorado and Washington state already, with states and cities around the nation weighing similar decriminalization statutes.

This shift reflects a growing acknowledgement of the financial realities of the weed business, as well as public opinion. In a recent Pew Research Center poll, the vast majority of Millennials supported marijuana legalization, more than double the support in 2005.

The case for legalizing marijuana and making money seems to be having an impact. The fact that the war on weed may be helping to foster racial inequality in America is just one more compelling reason to take a long, hard look at the status quo.