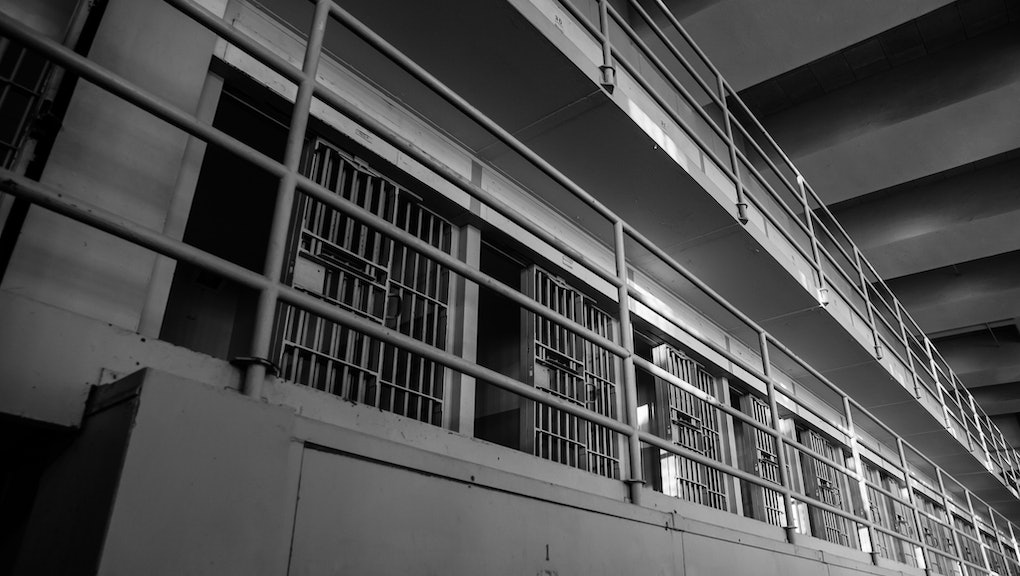 In case you forgot how terrible the U.S.'s prison system remains, this awful story from New York City's Rikers Island is a shocking reminder just how little America cares about prison conditions. After 56-year-old mentally ill homeless man and Marine veteran Jerome Murdough was found trespassing in the stairwell of a Harlem housing project amidst freezing February temperatures, the New York City police department locked him up in a Rikers Island jail cell. He was found dead a week later. City officials confirmed that the temperature in the Murdough's cell had risen to at least 100 degrees thanks to malfunctioning equipment.

"He basically baked to death," said an official.

Alma Murdough and her daughter Cheryl Warner hold a photo of Jermome at her home in Queens, New York. Image Credit: AP

Murdough was on anti-seizure and anti-psychotic medication that may have made him more prone to overheating, and he failed to open a vent in his cell which could have let in more cool air. Department of Correction Acting Commissioner Mark Cranston called the death "unfortunate" and said that an internal investigation is reviewing all issues related to the incident "including issues of staff performance and the adequacy of procedures." But advocates for the mentally ill say Murdough's problems started long before malfunctioning equipment: he was arrested instead of taken to find help, his bail was set at an impossible $2,500 and he was completely unsupervised long enough to perish in "what is supposed to be a special observation unit for inmates with mental illnesses."

This is a real problem: As the New York Times' Brent Staples noted, the U.S. is overflowing with mentally ill people arrested for misbehavior related to their conditions. Most present little or no danger to the public, but very few are ever taken to psychiatric care rather than a jail cell.

The U.S. leads the world in the incarceration rate:

A very conservative estimate suggests that 350,000 of those prisoners nationwide suffer from mental illness. They're never treated for their illnesses, and the nation's jails are so bad that they worsen many of their symptoms. Because corrections staff are ill-equipped to handle them, many of them land right back in the correctional system after release.

Around the country: It's not just a problem in the nation's metropolises like New York. Sheriff Greg Hamilton of Travis County in Austin, Texas says that "It seems to me that we have criminalized being mentally ill." During his seven-year tenure, the lack of space in local hospitals has meant his jail has become the de facto treatment option for the mentally ill persons his officers encounter. Most mentally ill inmates stay there for 50-100 days, Hamilton estimates, but the longest stay was 258 days.

"The jail was never meant to be a state hospital or a treatment facility," he laments, "but we have been thrown out there and we've got to take the hand that we were dealt."

In New York City's correctional system, about 40% of the 12,000 inmates are mentally ill, and a third suffer from serious mental problems. The justice system is necessary to hold people accountable for their wrongdoing, but the health and safety of inmates is being seriously compromised by a deranged national corrections system. Murdough is just the latest, unfortunate example.

"So Mr. Murdough violated the trespass law. So he suffered the consequences by going to jail," said Urban Center's Mental Health Project attorney Jennifer J. Parish. "But the jail system committed more serious harm to him. And the question is, 'Will they ever be held responsible?'"