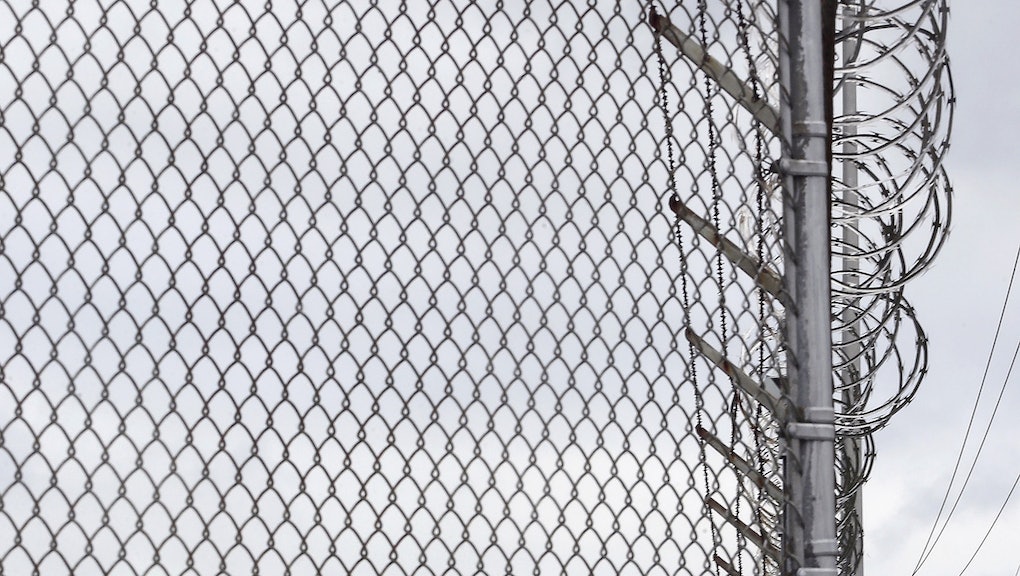 While the U.S. prison-industrial complex grows bigger and stronger every year, it's spectacularly failing in one crucial regard: preventing the staggering prevalence of in-prison rape and violence.

On Saturday, the Independent published a revealing report on inmate-on-inmate crime in America's prisons, especially rape. Much of the report centers around interviews with Shaun Attwood, a former inmate who's published three books on the topic.

"I was constantly mentally preparing to fight to the death to stop it happening to me," said Attwood, adding that once you've been raped the first time, "you're game for anyone to do anything to you."

More than 200,000 male American prisoners are estimated to be raped every year behind bars, but that number is based on vastly underreported incidents. According to a January report by the Justice Department, 8,763 sexual abuse allegations were formally reported in 2011, representing a steady increase since 2009 (7,855) and 2010 (8,404). Investigators substantiated only 902 of these claims.

Here's the breakdown by gender:

Trans inmates were also found to be disproportionately at risk of rape because they are housed by their biological gender, not the gender with which they identify.

Given these conditions, there is little incentive for a rape victim to come forward. Prison authorities have a well documented disinterest in investigating rape claims, and it's hard to report a crime if your investigator is your abuser. But even worse, there are consequences for those who tell on their fellow inmates.

"If you report anything in prison you're deemed a snitch and it's KOS — kill on sight — for snitches," said Attwood.

Rampant sexual coercion and violence have also contributed to an epidemic of STDs in America's prisons, including HIV/AIDS. According to the Center for Disease Control, "Compared with those who have not been incarcerated, incarcerated populations have more risk factors that are associated with acquiring and transmitting HIV, including injection drug and other drug use, commercial sex work, untreated mental illness, and lower socioeconomic status." It's estimated that nearly one in seven inmates is HIV positive.

The situation has gotten so out of hand that the Justice Department threatened to cut federal grants to states that do not reduce sexual assaults on inmates; governors have until May 15 to meet national standards, or forfeit 5% of grants.

"We believe that sexual abuse is a crime, and should not be the punishment for a crime," wrote Karol V. Mason, an assistant attorney general for the Office of Justice Programs.

But that's easier said than done. The U.S. prison system will probably never feature the flatscreen TVs and recording studios found in Norway, but it's also failing in its basic duty to guarantee its inmates protection and human rights. Best case scenario: these prisons turn a blind eye to the violence within its own walls. Wost case: they are active participants in the perpetuation of crime and abuse. Far from rehabilitation, these unchecked crimes contribute to high recidivism and crime after inmates leaves.

In case you've forgotten, the U.S. also leads the world in number of total incarcerations:

As Attwood said in his interview, "The U.S. prison system cultivates rape. If you treat people like animals, they behave like it."