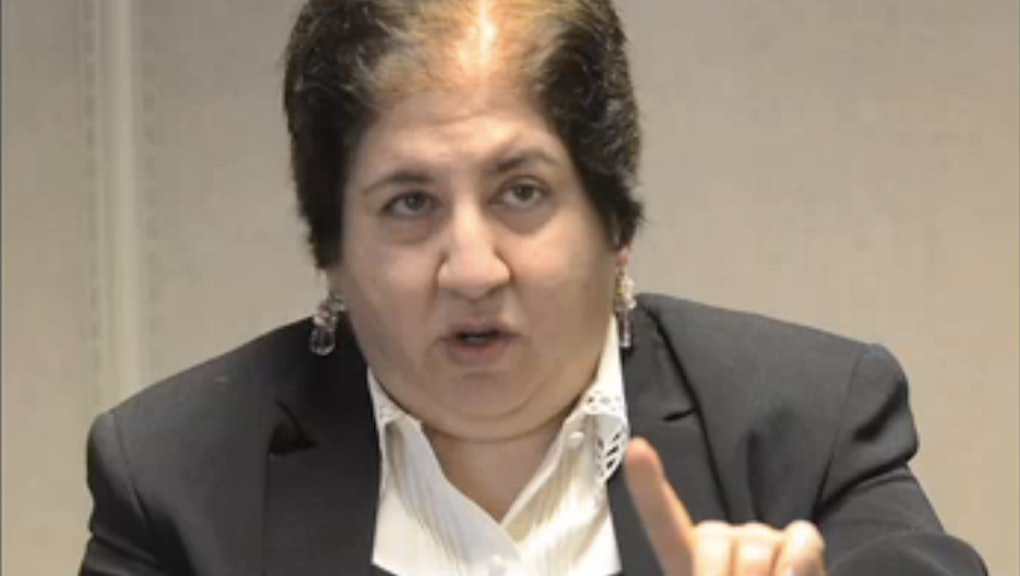 This Woman Believes Autism Is God's Punishment for Gay Rights. And She Just Won Her Primary.

With enemies like these, the Democratic party could be sitting pretty in November.

In the latest example of how extremism may be hurting conservatives, Republican voters in Illinois endorsed a candidate with views just slightly to the left of Fred Phelps.

Susanne Atanus, who just won the Republican primary for Illinois' ninth district, believes that tornadoes, autism and dementia are God-given punishments for gay marriages and abortions. God controls the weather, she says, and she's not convinced global warming exists.

"God is angry. We are provoking him with abortions and same-sex marriage and civil unions," she told the Daily Herald in January. "Same-sex activity is going to increase AIDS. If it's in our military it will weaken our military. We need to respect God."

And 15,412 people just voted for this woman, taking her to a 52.4% victory over her more moderate opponent, David Earl Williams III.

Atanus also believes the stock market crash of 1929 never happened and wants to disband stock indexes including the S&P 500, Dow Jones and Nasdaq, as she explains in this Daily Herald interview.

Despite clearly stating that she is not favor of abortion and not in favor of gay rights, Atanus reached out to Windy City Times, a Chicagoan LGBT newspaper, asking for support from the gay community.

"You can tell the community that I called to reach out to them, that I need them, and they need me," Atanus said in what was perhaps the most ironic interview the newspaper ever granted.

This is from a woman who once claimed gay marriage "doesn't look right, and it breeds AIDS."

Back in January, the Republican party denounced Atanus' position. Illinois Republican Chairman Jack Dorgan said her "offensive statements" have "no place in the modern political debate, and she has no place on the ballot as a Republican." He added that her candidacy is neither supported nor endorsed by Republican leaders and called for her withdrawal from the race. But Atanus persevered.

If this story sounds familiar, it's because this is hardly the first time a Republican representative has espoused bigoted views but refused to drop out of the race. In 2012, Todd Akin racked up a short novel's worth of controversial statements during his (ultimately unsuccessful) run against Sen. Claire McCaskill (D-Mo.). Akins' polarizing comments included his anti-abortion comment that "legitimate rape" can't result in conception and his belief that same-sex marriage will lead to the collapse of civilization.

While Akin stood by his comments, they may have cost him the election. And they certainly rallied liberals around the cause of reproductive rights. Atanus is heading for a showdown with an opponent who could not be more different — the pro-choice and pro-same-sex marriage Democrat Rep. Jan Schakowsky for Illinois' ninth congressional district, which covers Evanston, Des Plaines and Arlington Heights. Given Akin's example, it will be interesting to see how Atanus' win effects voter turnout in the district this November.