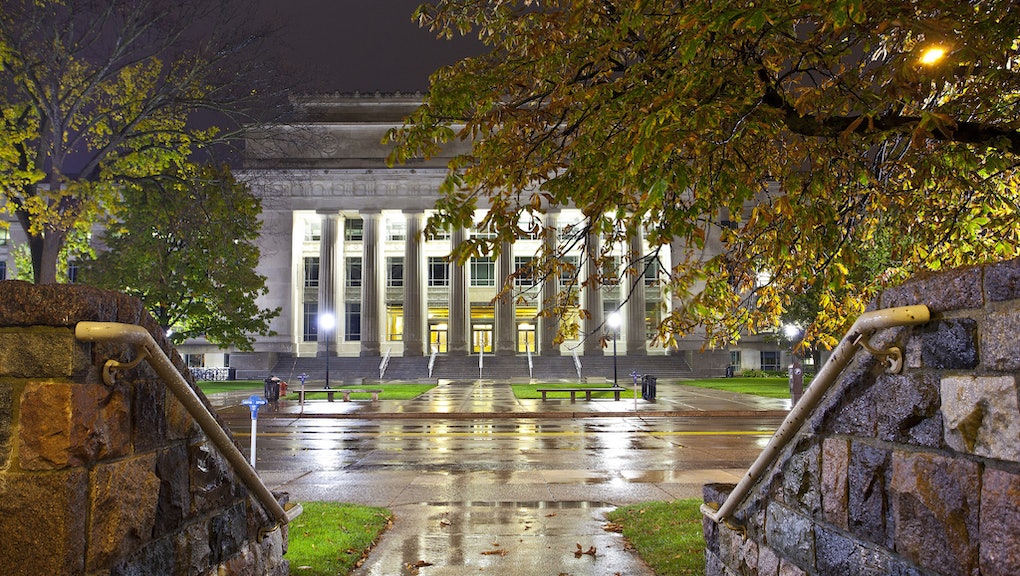 The news: With $1 trillion worth of ever-increasing debt crippling students and graduates, states across the country are looking at new solutions to finance education. While proposals have ranged from lowering tuition to increasing taxes on the rich, Michigan may have the most novel solution yet: attend college for free, then pay for younger students once you start making money.

The pay-it-forward model is also being studied at 20 other states, but Michigan is the closest to actually launching a pilot program. According to the current proposal in the Michigan legislature, graduates will pay a certain percentage of their income — 2% for community college and 4% for university — to a tuition fund. For every year they receive free education, they will have to pay the fund for five years; so if you attended a four-year college, you will be contributing money for 20 years after graduation.

"The only thing free about this is it is interest free," said state Rep. David Knezek, who helped to introduce the bill in January. "You go into the program and as soon as you have a job and are above the federal poverty line, you start paying."

A refreshing change: Unlike current loan programs, students won't be hit by crippling debt as soon as they graduate, when they are still uncertain about job prospects; instead, they will start paying the fixed rate once they have a steady income, with no interest and no debt. The new congressionally approved interest for student loans is 3.86% for undergraduate education, with the average student graduating with $29,400 in debt.

The pilot program hopes to secure $2 million in start-up money to fund 200 low- and middle-income students. There will also be a GPA requirement and a cap on how many years students can receive free tuition: three for community college and five for university.

"I think $2 million is a drop in the bucket when you consider the payback and benefits," said state Rep. Theresa Abed, who also introduced the bill.

Potential problems? The one drawback to the current model is that the fixed rate and duration mean some students may end up paying more than what their tuition was worth. Those who go into high-income professions still have to pay 4% for 20 years after a four-year university, which means they might have to pay several times the original tuition.

"As a result, those who expect to earn a lot won't participate. If the future starving artists flood into pay it forward and the future engineers shun it, the program will spiral into insolvency," said University of Michigan professor Susan Dynarski. "An easy fix is to denominate the debt in dollars rather than years. When a borrower finishes paying off her loan, she stops paying."

While it seems that some economic kinks and nuances still need to be worked out, Michigan's proposed bill could be the first in what would radically change an American higher-education system that's been spiralling out of control with sky-high costs and basement-low accessibility.