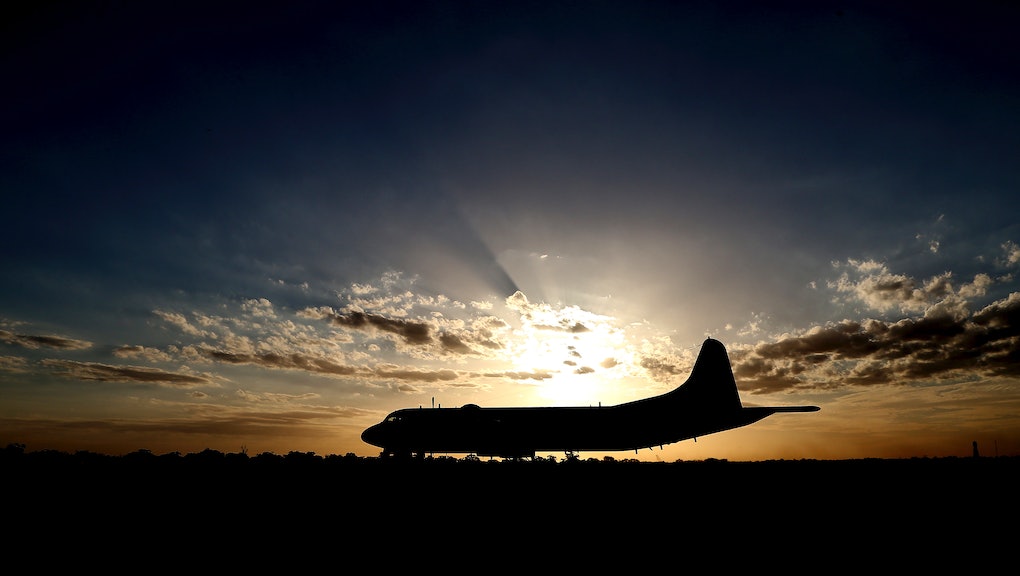 Nearly three weeks into the search for MH370, we may finally have an explanation for what happened to the missing plane — although it's not the ending we were hoping for.

The authorities will not speculate on the cause of MH370's loss, although recent reports suggest there may have been a "catastrophic failure" from lack of pressurization or an electrical failure. If there were a sudden mechanical problem, the plane's direction suggests that the pilots were following protocol and attempting to make an emergency landing at the nearest airport.

On Monday morning, Malaysian Prime Minister Najib Razak announced at a press conference that the airplane "flew along the southern corridor and that its last position was in the middle of the Indian Ocean west of Perth. This is a remote location, far from any possible landing sites. It is therefore with deep sadness and regret that I must inform you that according to this new data, flight MH370 ended in the southern Indian Ocean."

The families of the plane's passengers and crew were notified prior to the press conference. Authorities met the families in person and notified those they couldn't meet with this text message, which said it was "beyond any reasonable doubt that MH370 has been lost and that none of those on board survived. ... we must now accept all evidence suggests the plane went down in the Southern Indian Ocean."

The operation has now shifted to finding as much of the wreckage as possible, and giving the families the time and space they need to heal.

The announcement comes days after Australian and Chinese authorities reported floating debris in the southern Indian Ocean. The search continues in the area to find more information as to what happened to the plane.

What seems to have happened: Former pilot Chris Goodfellow, who found the level speculation on the missing flight "almost disturbing," had a pretty simple theory for what might have happened to MH370: an electrical fire.

As PolicyMic's Tom McKay has reported, his theory goes like this: Shortly after takeoff, MH370 was flying out over the ocean and the co-pilot signed off to Malaysian air traffic control. Smoke began filling the cockpit as the pilots realized one of the plane's systems had caught fire, most likely the tire on the front landing gear. They immediately turned course towards the nearest airport, Pulau Langkawi, which had a 13,000 foot runway. Senior flight captain Zaharie Ahmad Shah, who had more than 18,000 hours of flight experience, did exactly what he was supposed to do and punched in the coordinates of the airport into the autopilot. They issued no emergency transmission, instead turning off the electrical busses one by one in an attempt to isolate the fire, in the process disabling the transponder and ACARS automated update system. This would be standard procedure, as an airborne emergency's priorities are "aviate, navigate, communicate."

Smoke filled the cockpit, and the pilots either died or passed out from asphyxiation before the emergency transmission could be sent. Then the fire either killed, incapacitated or overwhelmed the cabin crew and some or many of the passengers, who for one of various reasons could not enter the cabin to try and land the plane.

The flight continued on auto-pilot in the direction of Pulau Langkawi, passing by without ever receiving instructions to land. The engine-update system continued to "ping" the satellite, while the plane flew on for six or seven hours until it ran out of fuel and crashed.

This theory is inline with the recent history of the airline. In a telling sign, another Malaysia Airlines plane was forced to make an emergency landing in Hong Kong on Monday after its electricity generator failed.