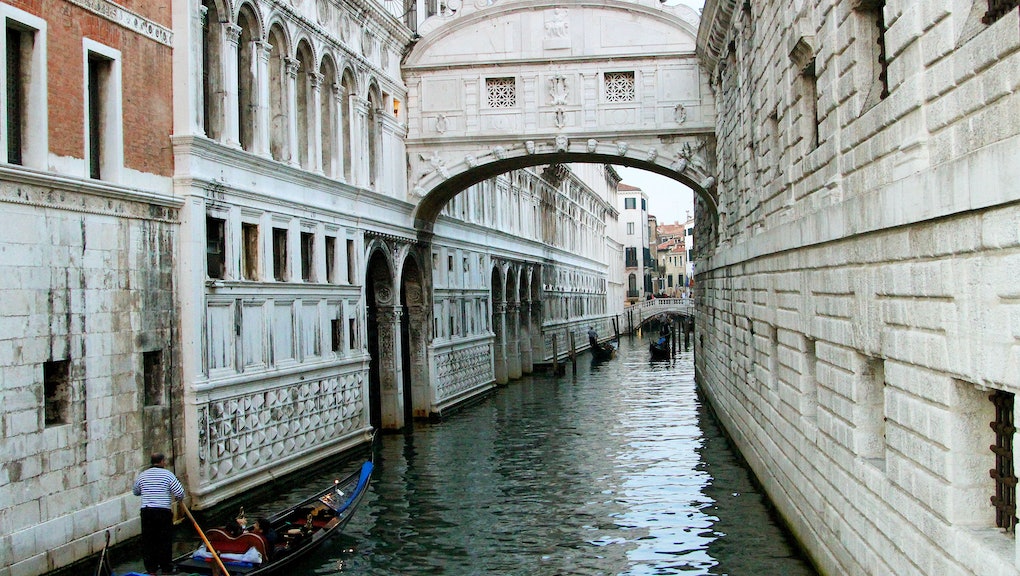 The news: First Crimea, now the gondola-strewn canals of Venice.

Secession fever is sweeping across Europe, and the newest city to declare its independence may not seem like the most obvious candidate. But of the 3.8 million eligible voters in Venice and its surrounding areas, over 2.1 million just voted to break away from Italy.

The week-long referendum has had its share of skeptics, since the poll doesn't have actual constitutional power. But Venetian authorities announced that if the majority of its people wanted to secede, they would draft a formal declaration of independence and begin withholding taxes from Rome.

Although only 60% of poll participants were expected to support the measure, a staggering 89% approved of secession — helping the separatists leaders argue that they have public opinion on their side.

"Although history never repeats itself, we are now experiencing a strong return of little nations, small and prosperous countries, able to interact among each other in the global world," said campaign organizer Paolo Bernardini. "The Venetian people realized that we are a nation (worthy of) self-rule and openly oppressed, and the entire world is moving towards fragmentation — a positive fragmentation — where local traditions mingle with global exchanges."

The background: While Venetian separatism may seem like it came out of left field, there have been real economic woes for the city. The sharp divide between Italy's prosperous North and struggling South is nothing new, but it has been greatly exacerbated by the recent economic downturn. Lately Venice has been paying 71 billion euros ($98 billion) to Rome in taxes. In turn, it has only been receiving 50 billion euros ($69 billion) back in investments and services.

There are historic roots for the independence movement as well. For over a millennium, the Veneto region used to be the prosperous Most Serene Republic of Venice. It was a cultural capital buoyed by merchant wealth with an international trade exchange and something of an ideas marketplace. A center of the Italian Renaissance, it was home to some of Italy's greatest cultural figures such as Marco Polo, Antonio Vivaldi, Giacomo Casanova, Titian and Giovanni Bellini.

That all came to an end in 1797, when Venice was lost to Napoleon. After a humiliating period of being passed around to the French and the Austrians, it was annexed by Italy during the unification period. Since the 1970s, separatist groups such as Liga Veneta have attempted to break away, but this may be the first time that Venetian independence has captured so much of the public imagination.

What will happen next? It remains to be seen what will actually come of the online plebiscite. The majority of poll participants said they would like to remain part of EU, NATO and the Eurozone, but these organizations have indicated in the past that breakaway regions will have difficulty regaining membership.

But more importantly, Italy also considers the referendum illegitimate and unconstitutional and is sure to block any further measures Venice might throw its way.