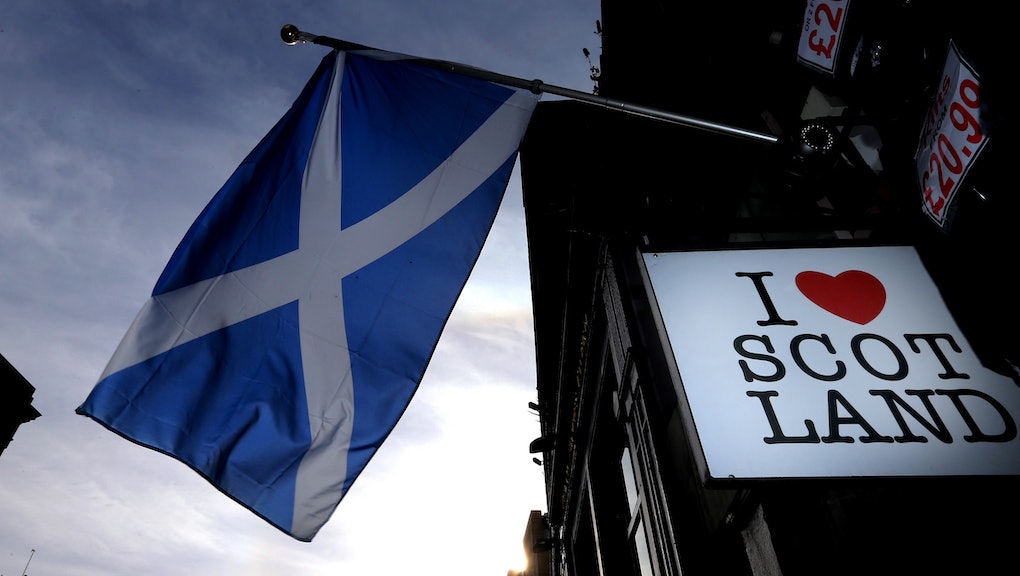 Crimea's highly-contested independence referendum took place on Sunday, and whether the votes were coerced or not, the people have overwhelmingly voted to seek autonomy from Ukraine. But soon, it may be joined by any of these four regions: Venice, Quebec, Scotland and Catalonia.

While there are independence movements around the world that range from historic (Kurdistan, Tibet) to dangerous (Tamil, Basque) and far-fetched (Texas), these four regions have upcoming votes that may make secession a real possibility.

On Saturday, Venice and its surrounding cities commenced a week-long online referendum on seeking independence from Italy. The Veneto region was a prosperous state until Napoleon deposed its last doge in 1797. Since then, it has been at odds with Italy's struggling south, and the differences have grown with the economic recession. While the vote has no constitutional power, if it passes, authorities will write a declaration of independence and begin withholding taxes from Rome. An estimated 65% of 3.8 the million Venetians support the move.

Image Credit: The Globe and Mail

On April 7, Quebec will hold a vote to elect its National Assembly. The separatist Parti Quebecois currently leads polls by 2% to win the majority; if it does, it will push for a referendum to break away from Canada, while its opposition Liberal Party merely wants to ask for more constitutional recognition of the region's autonomy. The move is expected to have a negative impact on the Canadian economy. The referendum would be the third of its kind, although according to the Globe and Mail, most of Quebec's 8 million people do not want full secession.

On Sep. 18, Scotland will also hold a referendum on independence. Around 4 million Scottish people will be eligible to vote on whether Scotland should be an independent country within the Commonwealth. The U.K. wants to keep the union intact, while separatists balk at London's control over Scottish resources. Still, Scotland and the rest of U.K. are worried about the potential impact on the economy, politics, EU membership, education and even the Union Flag. As of now, the majority of Scottish people do not want to fully secede.

Lastly, Catalonia has an independence referendum on Nov. 9, which Spain said it will block. Like Venice, Catalonia is richer than many parts of Spain, and the ongoing recession has exacerbated relations; its 7.5 million people have a separate linguistic and cultural identity as well. Both EU and NATO have threatened that Catalonia will not be able to rejoin after secession, but authorities have already set up a tax collection agency. Most Catalans say they want more say in the region's relationship with Spain, but a recent poll found that only 41% want full secession.