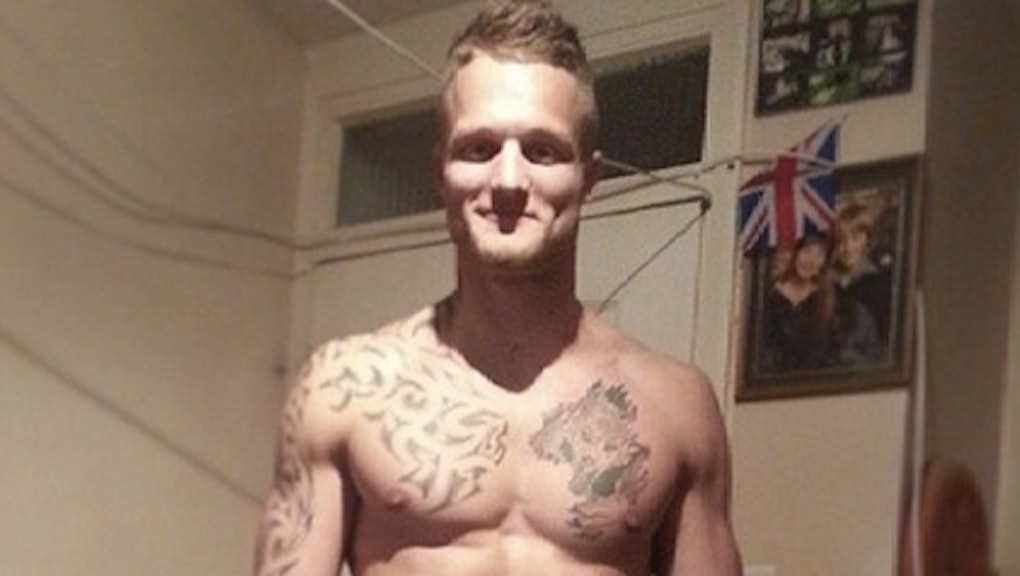 To all those men jumping on the #nomakeupselfie craze and posting, well, entirely normal selfies of yourself all over social media, here's a better way you can get involved.

Get your sock out.

A British lad going by the name James Brown had that very idea when he saw how much success Cancer Research U.K. was having with the bare-faced selfie trend. To raise money and awareness for male cancers, he posted a photo of model Danny Charge posing naked wearing nothing but a sock over his penis, and somewhat bizarrely, leather gloves.

Image Credit: Cock in a Sock

Of course, let's give some credit where it's due: The Red Hot Chili Peppers have been putting socks on their penises for years — live on stage, on album covers and even on the famous Abbey Road crossing.

But Brown's campaign seemed to have struck a chord, and soon the socks were rolling out. The money, meanwhile, has been rolling in, and the campaign's Facebook page so far has more than 106,000 likes. It's come up against a few obstacles, though; not everyone is impressed by the campaign's message.

Luckily, our darling Twitter isn't such a prude, so that's where you can satisfy all your socked cock needs.

It's surprising to see how many men groom their nether regions — but then again, that probably tells us more about the type of man who is willing to publish such an exposed selfie than about men across the board.

Anyway, enough with the words — let's get to the good stuff. For the sake of thorough research and dedication to the battle against cancer, I have scrolled through loads of these #cockinasock photos. Literally hundreds. Here are some of the best. You're welcome.

Unlike the #nomakeupselfie campaign, #cockinasock was created with a specific purpose in mind, and an organized infrastructure to facilitate it. But there's always the risk that outsiders will jump on the bandwagon for the sake of self-promotion, rather than altruism. Ultimately, the most important thing is the cause, without which your cock in a sock is, well, just a cock in a sock. To donate, visit the official fundraising page or  text "SOCK70 £amount" to 70070 from a U.K. cellphone. Make sure to check the numbers, though, or your money could end up somewhere for which it might not have been worth getting your cock out.