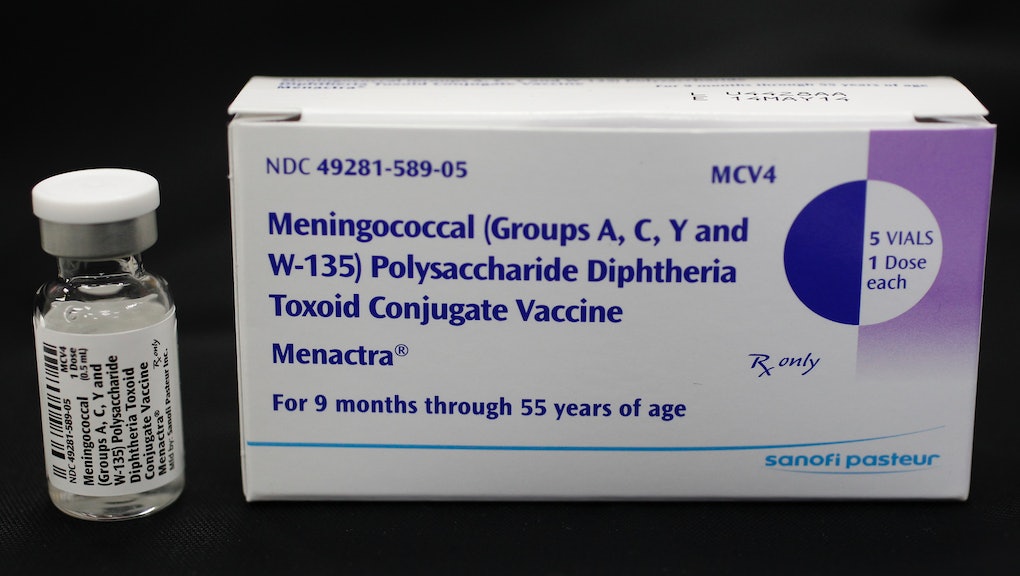 Colorado Is Finally Taking on Anti-Vaccine Protestors — Here's How

While the U.S. is a long way from mandating nationwide inoculations like Croatia, some states are finally taking a stand against the anti-vaccine movement.

Last week, the Colorado State House gave initial approval to a new bill that would require parents who don't want to immunize their children to take mandatory online classes that outline the benefits and (relatively small) risks of immunization. It would also require these parents to obtain an official immunization exemption signed by a doctor or representative of the Colorado Department of Public Health and Environment.

"This is not mandatory vaccinations, this is not a change to personal belief exemption," said state Rep. Dan Pabon, the sponsor of the legislation. "This is simply saying, 'If you exercise this option, you will get some disclosures about the risks and benefits.'"

Colorado has one of the lowest child inoculation rates in the country, and state legislators hope this bill will change that. Just 18 states allow parents to get vaccination exemptions for their children for medical, religious or personal belief reasons — and Colorado is one of them. Through more fact-based education, this new measure may bring down the number of parents who cite "personal belief" as a reason for exception.

Across the country, many kindergartners are missing their much-needed immunization shots:

Around the country: While Colorado's number of unvaccinated children is definitely a concern, Oregon, Illinois and Vermont have even higher figures. On the other hand nearly all children in New Mexico, Louisiana, Mississippi, Alabama, North Carolina, Kentucky, Virginia, Delaware and New York have received their inoculations.

States such as Oregon and Washington have adopted measures to make it harder for parents to get vaccine exemptions; Oregon began introducing the education requirement this month.

"We want to make sure parents and guardians receive science-based information about the benefits and risks of vaccine," said Stacy de Assis Matthews, a school law coordinator in Oregon. "There is a lot of misinformation out there on the Internet."

These public administrators may not have flashy celebs like Jenny McCarthy and Kristin Cavallari on their side, but the proposed education programs will hopefully help parents make choices based on fact and not paranoia.

The Colorado bill needs a final vote from the House before moving to the Senate.