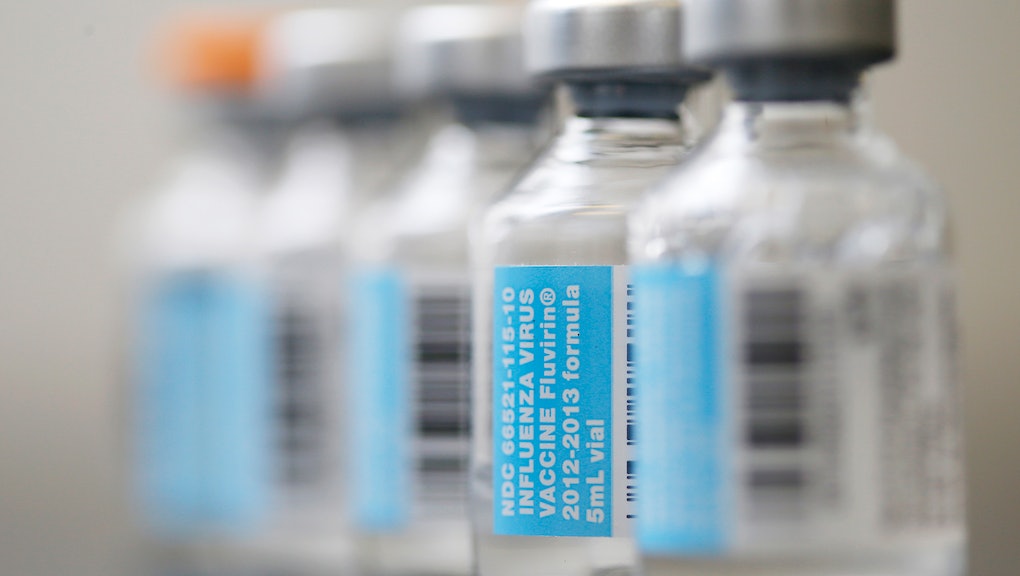 Croatia Has Ended the Anti-Vaccine Debate by Doing What the U.S. Won't

This would probably cause an uproar of biblical proportions stateside, but one country is going ahead full-steam: On Wednesday Croatia's constitutional court upheld a contested law mandating all children receive vaccinations.

Since 1999, Croatia has had compulsory nationwide inoculations, which have found great success. According to government estimates, "No occurrences of diphtheria, whooping cough (pertussis), measles, parotitis and poliomyelitis often called polio or infantile paralysis have been registered in recent years, while tetanus rates have been reduced by 97%, tuberculosis by 93% and hepatitis B, with mandatory vaccination against this disease introduced in 1999, by 65%."

But the growing anti-vaccine debate has posed a challenge in recent years, with more and more parents choosing not to vaccinate their children. In 2012, 28 Croatian children didn't receive vaccines; that number shot up in 2013 to 143. In fact, the court decided to take up the case after 10,000 people signed a petition arguing that "the vaccination of healthy children poses a threat to their health."

The ruling: Now the court has put that argument to rest by ruling that these private concerns don't supersede public safety. "The child's right to health is more than the rights of parents to the (wrong) choice," the court wrote in its ruling. All children must now receive shots for DPT (diphtheria, pertussis, tetanus), polio, haemophilus influenza B, MMR (measles, mumps and rubella) and tuberculosis.

This could seem like some kind of communist-based instance of a nanny-state government taking away parental controls, but there's a perfectly logical explanation: vaccines are really only effective when there's "herd immunity," or an overwhelming majority of a population that is inoculated. Because vaccines are not 100% effective, there is always a small risk of infection even after a person receives a shot. But that risk shrinks more and more as other people are also vaccinated, since the chances of a chain infection decrease to a very low probability.

Around the world: The dangerous effects of the anti-vaccine movement have become palpable in the U.S., where previously controlled diseases are making a comeback. But this is also an international problem, and other countries are stepping up to combat it. In addition to Croatia's court ruling, Australia has also recently stripped an anti-vaccine group of its charity status. It's simple: if you spread misinformation and paranoia, you're not serving a public good.

It's hard to imagine that libertarians would embrace the idea of American children being forced to receive injections. But what is truly more dangerous: the spread of dangerous, yet completely preventable, diseases or the proven, albeit imperfect, safeguard against them?